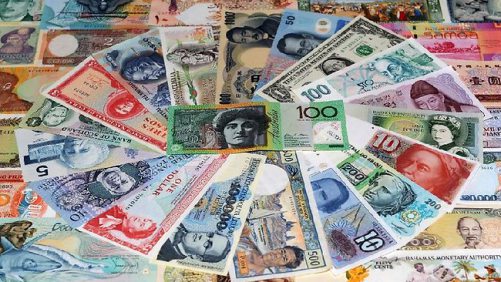 Capital flows started to move across borders many centuries ago. For a long time neither exporters nor importers of capital created any restrictions on the way. During the days of Great Depression in the 1930s some states introduced different capital controls (residency-based measures or outright prohibitions that a nation’s government can use to regulate flows from capital market into and out of the country’s capital account) to avoid significant economic destabilization. Cross border capital flows (export and import) could have undermined the balance of payments to cause fluctuations of national currencies exchange rates.

The Bretton Woods Conference, formally known as the United Nations Monetary and Financial Conference, took place in 1944. It granted the right of governments to regulate excessive capital flows. The main terms of the agreement included an adjustably pegged foreign exchange market rate system: the exchange rates were fixed with the provision of changing them if necessary.

Since late 1970s the world switched over to Jamaican fixed exchange rate or a pegged exchange rate. The currencies were pegged to dollar not backed-up by gold. The world ushered into the era of globalization. Full liberalization of capital operations practiced by the West became an integral part of the process.

Financial and economic liberalization presupposed the involvement of third world countries into the process. That’s what the Washington consensus was worked out for. A set of specific economic policy prescriptions constituted the reform package promoted for crisis-hit countries. The prescriptions encompassed economic opening with respect to both trade and investment, and the expansion of market forces within the domestic economy. The International Monetary Fund-imposed condition to do away with any barriers on the way of cross border capital flows was an important element of the Washington consensus. In the 1990s the West exerted great pressure on the countries situated on the capitalist periphery to make them clear any obstacles on the way of capital movement. They immediately entered the zone of high financial turbulence created by speculators acting under the disguise of «investors». The International Monetary Fund cared little about abrupt exchange rate fluctuations. The financial crisis in South-East Asia in the 1997-1998 happened to be an acid test for the established order.

Financial speculators acted according to the tried and tested scheme: 1) bringing into a country large amount of speculative capital to heat its economy: 2) sudden capital outflow and collapse of currency leading to economic turmoil; 3) purchase of assets at extremely low prices in national currency under-valued in relation to main international currencies.

In the 1997-1998 the countries of South East Asia had to counter the activities of financial speculators acting in accordance with the prescriptions of the International Monetary Fund. They resorted to currency interventions spending the money taken from currency reserves. With the reserves depleted they turned to world lenders. There they had the International Monetary Fund with its sickly and threadbare Washington consensus dragging them into a vicious circle.

All of a sudden one country got out of it. Malaysia led by Prime Minister Mahathir bin Mohamad’ introduced capital controls. It banned currency operations related to cross border capital flows. The measure was a direct challenge to the International Monetary Fund and its backroom owners. Since September 1, 1998 local entrepreneurs were forbidden for a year to take currency and assets out of the country. A one year waiting period was also introduced for foreign portfolio investments to be transferred from Malaysia. The ringgit, the Malaysian national currency, was pegged to the US dollar. By the end of September 1998 the government added more currency controls to return the ringgit from offshore zones. The measures allowed the Malaysian central bank to significantly reduce interest rates without provoking devaluation of national currency. In September 1999 the capital controls were softened, for instance, a one year waiting period on portfolio capital outflows was replaced with a set of graduated exit taxes. In 2002 the capital controls were fully lifted. In 2014 the experts of International Monetary Fund had to admit that the measures introduced those days allowed Malaysia to accumulate currency reserves during a period of ringgit stability to trigger the economic recovery. Some time had passed and the Malaysian economic success made pale the performance of its neighboring countries facing economic hardships as a result of their consent to follow the recommendations of the International Monetary Fund. 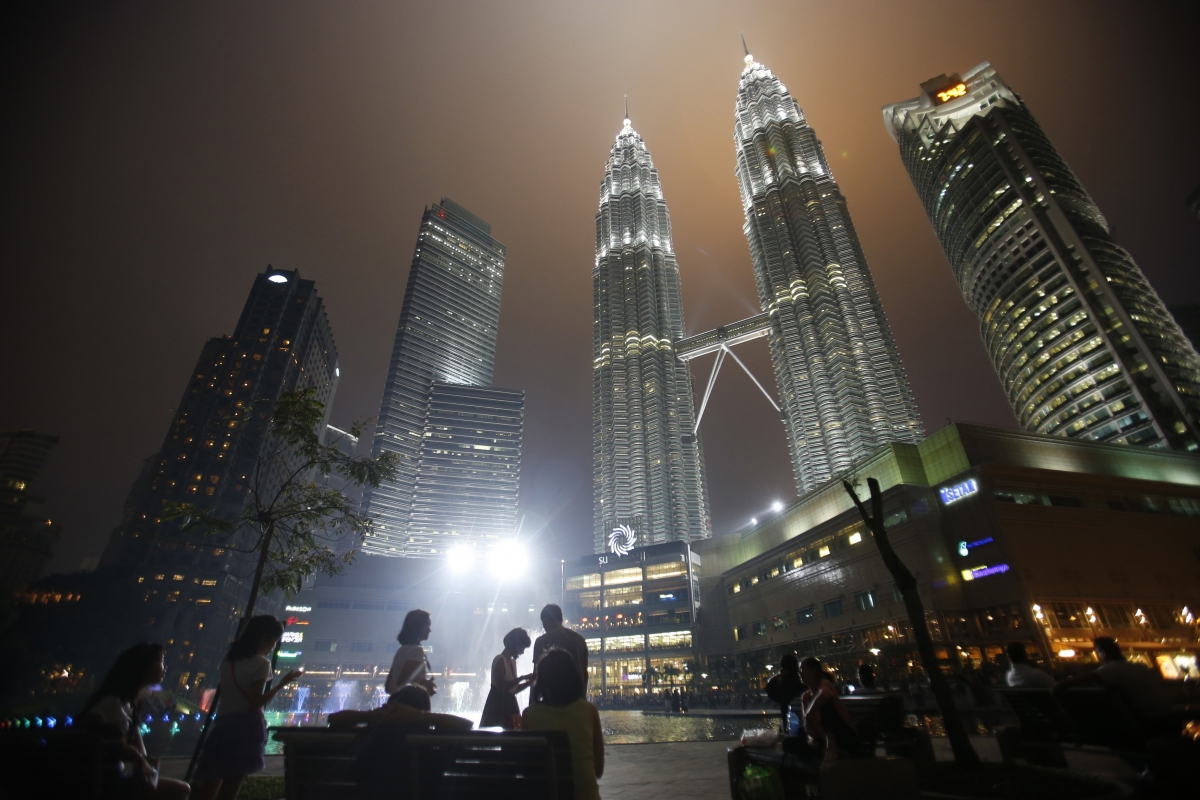 There are other examples of deviations from the Washington consensus prescriptions. At the turn of the century Argentina faced a financial and currency crisis. In December 2001, the Argentine government limited bank withdrawals to 250 pesos a week in order to stop the banking system from being bled dry. Foreign and national investors were forbidden to transfer assets out of the country, non-cash transfers had to be approved by central bank. In a year the bans on cash withdrawals were lifted. In June 2003, capital controls were abolished. The success was not as evident as in the case of Malaysia (in January 2002 the Argentine peso was devalued by 40%). Experts believe the measures were introduced too late.

There is a well-known example – the pound sterling crisis occurred in the September 1992 as a result of policies implemented by financial speculators. It undermined the fragile balance of currency exchange rates in Europe (no euro existed those days). In response to the collapse of pound Spain devalued its national currency (the peso) by 5%. In a week capital controls were introduced to ease the pressure on the peso. The next day Ireland and Spain followed suit. The capital controls lasted for two months to be lifted in November 1992.

The example of Iceland facing a financial crisis in 2007-2009 is worth mentioning. According to many experts, the financial crisis in Europe started in this small state. In 2008 three largest national banks collapsed, the national currency (krone) fell down and the capital outflow increased. The government introduced tough capital controls for residents and non-residents. The rate of national currency was stabilized in a short period of time. By the way, the capital controls in Iceland are still in force. The national central bank plans to lift them only by the end of 2015.

The precedent of Cyprus is of interest too. A banking crisis hit the country in March 2013. With tacit approval by the European Central Bank and the International Monetary Fund the Cyprus financial authorities tried to stop the crisis at the expense of investors. Actually a partial confiscation of deposits took place. The government restricted the withdrawal of bank deposits and financial transfers to other countries. Cyprus was the first Eurozone country to introduce capital controls. The measures are still in force there.

In the United States the discussions on the possibility of ending the quantitative easing (the program of monthly purchases of government and mortgage bonds) started in the summer of 2013. It had to raise long-term interest rates and, consequently, lead to the outflow of capitals. The same year it made a number of countries introduce capital controls. In India the limit on personal remittances was cut to $75,000 per year and companies were barred from spending more than their own book value on direct investments abroad, unless they had specific approval from the central bank. Large foreign investments required the permission of regulator.

Today some kind of cross border capital controls are introduced in all the BRICS member-states except Russia.

I have enumerated only some examples of emergency capital controls introduced in order to ease the way out of currency, financial and economic crises. A number of states have capital controls permanently in force to prevent crises, for instance Chile, Brazil, Thailand and South Korea.

First of all the controls are introduced to keep speculative capitals or “hot money” away. For this purpose the countries practice a mixture of economic and administrative measures. Taxes for foreign investors are topping the list of measures to take. For instance, in 2009 Brazil introduced a tax on the purchase of shares and bonds in the local market by non-residents. Chile is a classic example of a country practicing capital controls. The country has created a system of foreign capital inflow filters. The controls are believed to alter the structure of capital to make it more stable. The main condition is matching capital flows with the reserve requirement. The norms are differentiated.

Today even the International Monetary Fund has to recognize that the introduction of cross border capital controls is a right thing to do.