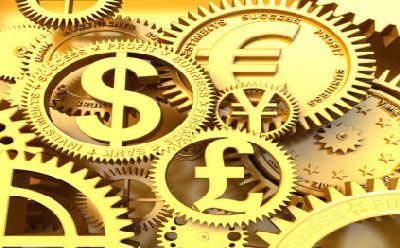 Currency swaps (currency exchange transactions) have become a hot topic in today’s media. Just about every month we find out that some country has signed a currency swap agreement with some other country, and there are already dozens of these agreements in the world.

What is a currency swap?

A swap line is an agreement between the central banks of different countries on the mutual exchange of currencies at fixed rates. Ordinarily, such agreements set the duration of the currency swaps, the operation limits, and the total duration of the agreement. As a rule, under swap lines today, a currency can be exchanged for a period ranging from several days to one year.

Currency swaps between central banks have two main objectives: a) to provide mutual assistance to banks, companies and governments in the event of a shortage of foreign currency for the repayment of obligations denominated in that currency; and b) to facilitate and develop the trade of goods and services in the national currencies of the counterparties. A striking example of the use of currency swaps to realise the first objective is the 2007-2009 financial crisis. The first wave of the global financial crisis is now behind us and a temporary period of stability has ensued. At present, more is said about currency swaps as a means of strengthening the national currencies of countries on the periphery of global capitalism, so as a means of fighting the hegemony of the dollar and the dictatorship of the US in world trade and international finance.

The currency world: from order to chaos

We will begin our analysis, however, with currency swaps in a narrow group of select countries belonging to the so-called ‘golden billion’. Much less is spoken and written about these swaps, and when they are mentioned, it is only about the routine technical operations of central banks. The devil is in the details, however: the currency swaps of a few ‘select’ central banks have an extremely large impact on the overall situation in the global economy and international finance. To make this clear, we will briefly describe the metamorphoses that took place in the global monetary and financial system in the 20th century. In October 1929, panic on the New York Stock Exchange led to the Great Depression, which began to destroy industry and agriculture throughout the world (except in the USSR). The fragile global monetary and financial system, which had only just been restored following the First World War on the basis of the gold bullion and gold exchange standard, was also destroyed. The world entered a protracted phase of global currency chaos, economic autarky, financial isolation and currency blocs.

In 1944, fateful decisions were made at the International Monetary and Financial Conference at Bretton Woods designed to put an end to the currency chaos and clean up the global financial system. To begin with, every country unanimously came to the realisation that the world must develop on the basis of fixed exchange rates. To accomplish this, a mechanism was created that provided for these countries to carry out currency interventions as and when required and support currencies courtesy of loans from the International Monetary Fund. By way of exception, currency revaluations and devaluations with a simultaneous change to their gold parities were permitted. Monetary and financial order in the world was supported by means of regulatory measures at state level (national currency regulations) and at international level (the International Monetary Fund). This order lasted less than three decades and ended in the 1970s with the collapse of the Bretton-Woods system. It was replaced by the Jamaican currency system, which legalised floating exchange rates, completely abolished the gold backing of money, and started a general economic liberalisation. The new liberal ideology assumed that ‘the market will regulate everything’, including exchange rates, which, under the influence of supply and demand, would be in an ‘optimal position’.

In real life, however, currency markets are dominated by the human factor. Financial speculators are a clear manifestation of the influence of this human factor. These speculators manipulated currency exchange rates without the slightest worry about the impact these manipulations would have on international trade and national economies. They spared no-one; not just developing countries, but also economically developed countries of the ‘golden billion’. One needs only to recall that the financial speculator George Soros managed to bring down the British pound sterling in 1992.

The human factor also included the games of politicians who promoted the interests of their own countries in the global financial arena. How could one forget the renowned 1985 Plaza Agreement (named after the hotel in New York where the talks took place)? This was the agreement reached at a meeting of the heads of the treasuries and central banks of the top five capitalist countries (the US, Great Britain, Japan, Germany, and France). After pulling out all the stops, Washington managed to get its partners to voluntary raise the exchange rate of their currencies against the US dollar. As a result, the US was able to straighten out its balance of payments and improve its position in the world’s markets. Within two years, the dollar exchange rate had dropped by 46 per cent against the German Deutschmark and by 50 per cent against the Japanese Yen. The worst affected turned out to be the ‘Country of the Rising Sun’. Many believe that after the Plaza Agreement, Japan was no longer able to recover, that it was the beginning of the end for Japan.

Many attentive analysts consider that the Plaza Agreement was an important milestone in the development of the global financial system. The 1985 meeting at the New York hotel laid the foundations for the development of a coordination mechanism for the activities of ‘select’ central banks in the regulation of foreign exchange markets. To date, most media outlets continue to impress on the public the idea of economic liberalism. In the currency world, however, liberalism died long ago, and for nearly 30 years now, ‘manual control’ has been gradually replacing the free market. At the helm of this ‘manual control’ are the ‘select’ central banks.

Currency swaps as the central banks’ tool for manual control

But during the last financial crisis, the scale of currency swaps rose sharply. It is difficult to overestimate their role in overcoming the crisis, although they are rarely spoken about. The Federal Reserve System and the European Central Bank (ECB) established the first dollar/euro swap line in December 2007 for dollar payments by European banks on mortgage-backed securities. Following the collapse of the American investment bank Lehman Brothers in 2008, the financial crisis affected the whole of the European economy. By the end of June 2011, foreign partners (first and foremost the ECB and the Bank of England) had received around $600 billion from the Federal Reserve System under the agreements. The European Central Bank took advantage of the euro/dollar currency swap in May 2010 in connection with the start of the Greek debt crisis. At that time, the ECB incurred a debt of nearly $9.2 billion to the FRS in just one week.

Part 2 will be published soon.