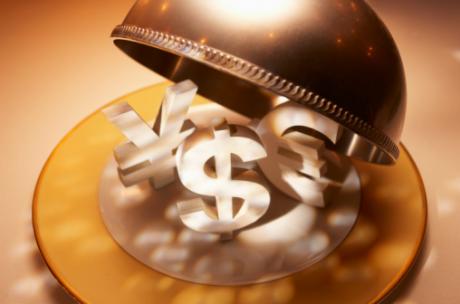 Modern capitalism is referred to as financial. This characteristic has become particularly evident over the last four decades following the shift from the gold-dollar standard (the Bretton Woods monetary system) to the paper dollar standard (the Jamaica monetary system). The golden brake was removed from the US Federal Reserve System’s printing press and the possibility of printing an unlimited amount of paper dollars emerged. The problem of ensuring demand for the product of the FRS’ printing press became the order of the day. One of the main ways of solving this problem was the rapid development of financial markets that began to devour the dollars being produced in increasingly large amounts. While 90 per cent of all transactions in the global currency market served international trade in the good old days, this has now fallen to 3-4 per cent at best. The rest supports speculative operations in the very same currency market and other financial markets – the stock market, the credit market and the financial derivatives market.

Another feature of modern financial capitalism is that the US dollar and all the other currencies are credit money, and it is not only and not so much the central bank that is involved in its issuance. Commercial banks that have a license for the production of so-called deposit (non-cash) money are responsible for the bulk of the issuance. The issuance of credit money inevitably gives rise to debt, and this debt is growing in leaps and bounds throughout the world. It is eating up the rest of the economy (the ‘real sector’) like a cancer. Global debt is already close to 300 per cent of global GDP, and in real terms is nearly $200 trillion.

While the main problem of early capitalism was the so-called overproduction of commodities that caused recurrent cyclical crises and a fall in prices for products of the real economy, the problem of modern financial capitalism is the overproduction of money. The result has been a fall in interest rates on active and passive banking operations to the point of negative. The banking system cannot exist for long in such conditions. While increasing their monetary emissions, banks are also increasing their instability. The level of coverage for their obligations is falling and the risk of possible bankruptcies is growing. The 20th century witnessed a number of banking crises. In the 21st century, the probability of such banking crises is growing.

To improve the stability of the banking system built by global moneylenders, a system that allows them to make money from thin air, an important element called a ‘central bank’ was added. Any economics textbook will tell you that this institution is the ‘lender of last resort’. It throws drowning banks a lifebuoy in the form of loans. A central bank cannot save everyone, of course. It saves the ‘elite’ – large private banks (the ‘backbone’ banks). It is said that these banks are “too big to die”, and it is generally believed that central banks, like gods, will exist forever.

In recent decades, however, assertions like these are increasingly being called into question. At the very least, you will recall the 2007-2009 financial crisis, when Lehman Brothers, one of the largest Wall Street banks, went bankrupt. There has been six years of relative stability since then, but the world spends every day waiting for the second wave of the financial crisis. Many remarkable events have happened in the world of finance during this time. One of these is the quantitative easing (QE) programme launched by the US Federal Reserve. The official aim of the programme was to create conditions for the revival of the American economy following the financial crisis and reduce unemployment. The way to achieve this aim was to increase the money supply in the US economy through the purchase of securities from American banks. Up for purchase were a) US Treasury securities, and b) mortgage-backed securities. The US authorities stated that this would improve the liquidity of American banks and their ability to extend credit to the American economy.

But what really happened? On the one hand, US banks managed to free their balance sheets of mortgage-backed securities, some of which were frankly garbage (toxic); the actual market price was lower than their nominal value. The Federal Reserve’s purchase of mortgage-backed securities was a handsome gift for private banks. On the other hand, however, the additional liquidity received by these banks was not directed towards the real economy, but towards where it would be able to earn more and more quickly. Namely, towards financial markets for speculative operations. Or else the money went to ‘safe havens’, to Treasury securities and FRS deposit accounts. In the end, the QE programme, which had the proclaimed aim of restoring the economy, boiled down to nothing more than providing the ‘backbone’ banks with supplementary feed and preparing the way for a new wave of the financial crisis.

All the while, the Federal Reserve’s printing press was working harder than it had ever worked before, even during the golden years following the collapse of the gold exchange standard. The total consolidated assets of the US Federal Reserve System (the total balance sheet of the 12 Federal Reserve banks that make up the FRS) grew from $832 billion in January 2007 to $4,500 billion in March 2015, so by a factor of 5.4.

The Federal Reserve’s liabilities have undergone just as radical a transformation. Today, Federal Reserve Notes (or paper money) accounts for less than 30 per cent. The lion’s share of all liabilities is accounted for by deposit accounts in which FRS member banks place their money. This picture is strikingly different from how it was at the beginning of 2007. At that time, 98.6 per cent of all liabilities were notes (paper money), while deposit accounts accounted for a minute share of 1.4 per cent. In fact, they were not even deposit accounts, but the overnight reserve accounts of American FRS member banks that performed the technical function of a medium of exchange between financial institutions during trading.

All of this means that the FRS is rapidly beginning to look like an ordinary commercial bank rather than a note issuing centre. What’s more, the Federal Reserve is turning into a so-called ‘bad bank’. The concept of a ‘bad bank’ emerged among Western monetary authorities during the last financial crisis and refers to a financial organisation whose balance sheet is overloaded with the toxic assets of other banks, primarily ‘elite’ (‘backbone’) banks. ‘Elite’ banks are therefore able to maintain the appearance that they are reliable. The ship known as the Federal Reserve was overloaded with ‘toxic’ assets in the form of mortgage-backed securities during the implementation of the QE programme. Those who came up with the idea of ‘bad banks’ worked on the premise that the FRS is an unsinkable ship capable of withstanding any loads. The ‘toxic’ nature of these assets is carefully concealed by the fact that mortgage-backed securities are accounted for at inflated prices. The moment of truth will come when the FRS tries to sell them on the market. The market value will be higher than the book value and will show a loss. And even if the Federal Reserve holds on to these securities for as long as possible, the moment of truth will still come. After all, mortgage-backed securities are not open-ended; sooner or later the toxicity of these securities will be reflected in the financial results of the FRS (profit and loss). This unpleasant detail of the QE programme was pointed out by the Bloomberg news agency more than two years ago. It commissioned MSCI, the same consultants that the FRS asked to carry out stress tests on 19 leading American banks, to analyse the stability of the Federal Reserve. It turned out that at that point in time (the beginning of 2013), the Federal Reserve’s assets amounted to nearly $3 trillion. Should the QE programme be phased out and the FRS rid itself of its toxic assets (within three years), the Federal Reserve will be looking at total losses ranging from $216 billion to $547 billion. In other words, the average per year loss would be equal to $72-182 billion. You will notice that in previous years (before the launch of the QE programme), the Federal Reserve’s average profit was mostly around the $70-80 billion mark. However, these calculations were two years ago. Today, the toxicity level of the Federal Reserve’s assets has increased considerably.

The mortgage-backed securities in the assets of the Federal Reserve are a delayed-action mine. Treasury bonds do not provide the required profit either. If nothing else, let us look at bonds with a five-year maturity. In March 2014, their annual rate of return was 1.67 per cent, on 25 February 2015 it already equalled 1.54 per cent, and a month later, on 25 March, the rate had fallen to 1.36 per cent. You will note that this drop in the interest rate on Treasury obligations is on the back of the phasing out of the QE programme.

Vast amounts of money in the Federal Reserve’s deposit accounts require considerable interest payments to client banks. But there is nothing to pay. Since October 2008, the FRS pays 0.25 percent on bank reserves; this rate is known as the IROR. The introduction of a zero interest rate is currently being discussed and there is even talk of possibly establishing a negative interest rate on deposit accounts. The central banks of Sweden and Denmark have already done this and the European Central Bank is planning to do it.

Which reminds me, the ECB has announced the start of its own quantitative easing programme. That is to say it is starting to buy up garbage (toxic) debt securities from EU member states for euros. The process of ‘intoxicating’ the ECB’s balance sheet has begun, which could prove lethal for this issuing centre (the second most important in the world after the FRS).

Shifting losses from one bank to another does not change the total losses in the banking and financial systems. The owners of the money (the main shareholders of the FRS) and their menials (the head of the FRS, the US Secretary of the Treasury, economic advisers to the White House) are trying to convince the public that through manipulations like quantitative easing programmes, it is possible to reduce the total losses in the banking system. It won’t work. In the best case scenario, it is possible to delay the hour of reckoning by creating yet another ‘bad bank’, but sooner or later all the losses will end up on the balance sheet of the central bank.

From the point of view of the capital adequacy ratios developed by the Bank for International Settlements (BIS) for ordinary (commercial) banks (Basel II, Basel III), the US Federal Reserve System is completely bankrupt. At present, everyone in the world of finance is trying not to notice, but the situation cannot go unnoticed for long.

The central banks (the FRS, the ECB and others) have been assigned the role of the last link in the chain of ‘bad banks’. At some point, the lender of last resort will inevitably turn into the bankrupt of last resort. It will be the final act in the story of financial capitalism.