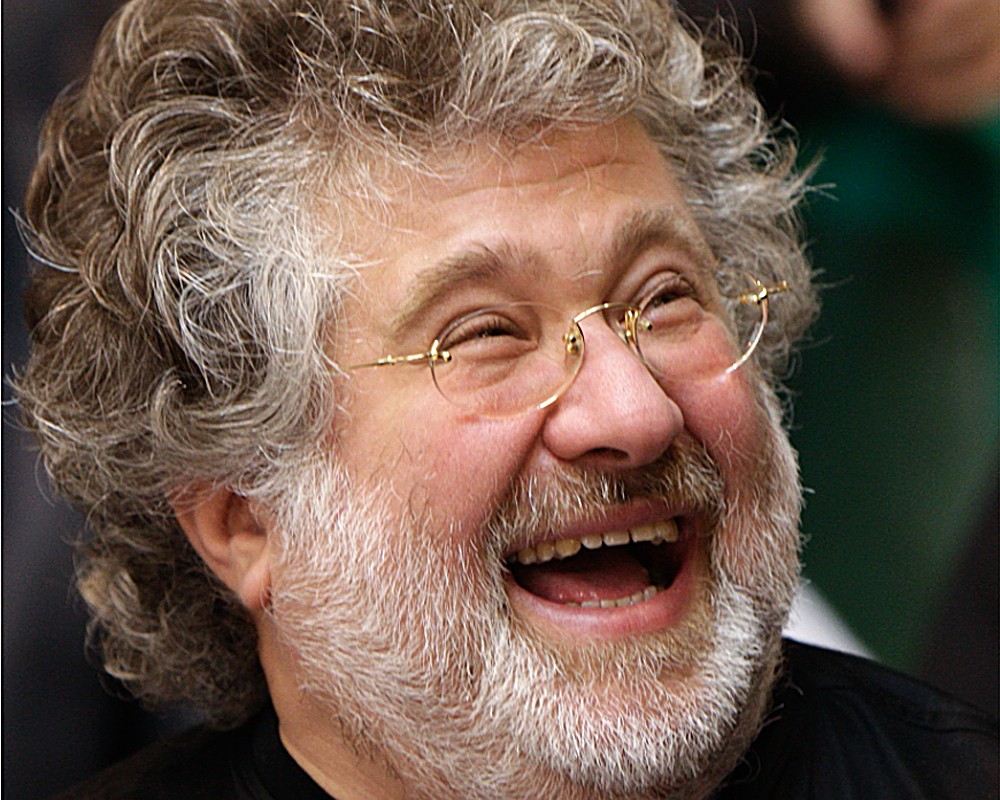 About a quarter century ago oligarchic capitalism started to grow in the soil of Ukraine. It is based on «natural selection» – oligarchs devour small and medium businesses, as well as state assets. With primitive capital accumulation resources coming to an end, oligarchs begin to devour each other using administrative power, forcible takeovers, corrupt courts, discrediting evidence and even assassinations, if need be. They look very much like scorpions in a jar.

After the coup of 2014 the «natural selection» process in Ukraine abruptly accelerated. Some of oligarchs, like Dmitry Firtash, for instance, drop out of the race with others about to join them. Rinat Akhmetov once was the leading oligarch in Ukraine, now he has left the world 100 wealthiest people list. The Bloomberg Billionaires Index brought him down from 88th to 121st position. In a year he has lost $4, 3 billion to make him worth $ 9, 6 billion.

Now Petro Poroshenko and Igor Kolomoisky are reaching the final. It’s hard to assess the state of Poroshenko’s business after the inauguration, but some information about Kolomoisky has become public domain.

Here is the latest news. The Kolomoisky company’s shares went down by 25% on February 19 at London stock exchange. JKX Oil & Gas plc (JKX) is a Britain-based hydrocarbon exploration and production company listed on the London stock exchange. Kolomoisky is the co-owner of Eclairs Group Ltd…Eclairs which holds 27.47% of JKX shares. In May 2014, Nigel Moore, the JKX chief executive, wrote in a letter to shareholders saying that Eclairs, a British Virgin Islands registered company controlled through a complex web of offshore trusts, is ultimately 59.1 per cent owned by Igor Kolomoisky and 40.9 per cent by Gennady Bogolyubov and family. The JKX shares abruptly went down by 34% in the middle of the day. As the working day was over the drop was 25% in comparison with the shares stock price in the morning. According to Reuters, the JKX market capitalization was $90 million in early February. The company operates primarily in Ukraine (85% of revenue). It also has assets in Russia, Hungary and Slovakia. JKX Oil & Gas owns Poltava Petroleum Company which holds four licenses to develop oil and gas fields that are part of the Novomykolaivsky complex in Poltava region. It also has three exploration permits: for the Zaplavske, Yelyzavetivske and Chervonoyarsko-Skhidne fields. Experts believe a Russian company brought the JKX shares down. Russian investment firm Proxima Capital Group said on February 19 that it did not plan to make an offer for JKX Oil & Gas Plc, two weeks after announcing its intention to consider an offer. The reasons behind the decision are clear. JKX has been seriously losing its positions the recent year. The stock had fallen 73 percent or $250 million in the 12 months to Feb. 4.

Kolomoisky invested in JKX a few years ago hoping to convert millions into billions in a short period of time. The company planned to make profit exploring and developing shale deposits. In 2013 it launched the largest in Europe shale gas project. Experts said it would lead to ecological disaster with implications involving Russia and other neighboring countries of Europe. The wave of chaos that hit Ukraine hindered the process. The fall of oil prices made the project unprofitable.

Here is another story related to Kolomoisky, the citizen of Israel, and JKX, the company he controls. The company said on February 16 that it had commenced arbitration proceedings against Ukraine under the Energy Charter Treaty, bilateral investment treaties (with Great Britain and the Netherlands) for the repayment of $180 million related to the production of oil and gas. JKX is seeking repayment of more than $180 million in rental fees that its Ukrainian subsidiary has «illegally paid» on production of oil and gas in Ukraine since 2011. The company’s statement says «In these proceedings, JKX is seeking compensation for the losses it has suffered from Ukraine’s treaty violations, including Ukraine’s failure to treat JKX’s investments in a “fair and equitable” manner and failing to comply with commitments made by Ukraine in respect of JKX’s investments.» The bilateral treaties protected from increasing tax burden or any other «game changes» in the Ukraine’s oil and gas sector. Ukraine imposed royalties on the production of gas by JKX’s Ukrainian subsidiary in excess of the rate of 28% (as opposed to the 55% rate that is currently applicable under Ukrainian law). There were other payments imposed. In 2014 the Ukrainian parliament temporarily increased royalty for extraction of gas from 28% to 55% (from depths less than five kilometers) and then the parliament prolonged the requirement for 2015. The company said in its report posted on the London Stock Exchange (LSE) on February 16 that in support of JKX’s claims against Ukraine under the Energy Charter Treaty an Emergency, Arbitrator appointed under the Arbitration Rules of the Stockholm Chamber of Commerce had already issued an Emergency Award on 14 January 2015 ordering Ukraine to refrain from imposing the royalties. Ukraine did not respond. It’s funny that Kolomoisky, who represents the Ukraine’s ruling regime in the capacity of Dnepropetrovsk governor since March 2014, files claims to this very regime. So what? He is accustomed to make money using «administrative resources.» If the international arbitration court will grant the petitioner’s request to defend the rights of Kolomoisky and Bogoliubov (the company’s Ukrainian beneficiaries), then Kolomoisky will use all the «administrative resources» at his disposal to make Ukraine comply and pay all the due «compensations».

Igor Kolomoisky is a bright example of parasite sucking the state budget. Here is the recent example. Naftogas is the national oil and gas company of Ukraine involved with extraction, transportation, and refinement of natural gas and crude oil. It has subsidiaries with Naftogas holding 100% of shares. Ukrnafta is the most known subsidiary with 51% of shares under Naftogas control. Formally Ukrnafta is a state company but actually Kolomoisky controls it. On February 10, Ukrnafta Kolomoisky-controlled management team filed a claim with the district administrative court of Kiev against the Ukrainian government, the Ministry of Economic Development and Trade and the Ministry of Energy asking that four representatives of national joint-stock company Naftogaz Ukrainy be removed from the auction committee on the sale of oil, gas condensate and liquefied natural gas of national origin. The representatives were appointed in accordance with the government’s decision of December 16, 2014. Sergey Leshchenko, a member of parliament, revealed the reasons behind such strange behavior of the state company. According to him, for many months Kolomoisky sold the Ukrnafta assets at sham auctions held at a pocket stock exchange. There they were acquired at the starting price with 15% discount by Kolomoisky-controlled firms without competition. At each auction the oligarch saved and the company lost 0, 5-1 billion hryvnas. Leshchenko said Kolomoisky cannot have the discount anymore. He was prevented from holding an auction with 15/1 hryvna to dollar rate (the real rate is 23/1). Now Ukrnafta wants to sabotage another auction with oil sold at market price. Actually Ukrnafta deprives itself of additional revenue. But it’s not as absurd as it seems to be, the matter is that the state company openly protects the interests of «patriot» Kolomoisky. Kolomoisky has suffered great losses in recent years and lost a lot of wealth. He lost $2 billion in the Crimea besides his assets in Russia and the south-eastern part of Ukraine. According to Forbes, Kolomoisky’s worth was 1, 3 billion dollars (in comparison with $2, 4 billion two years ago). He loses wealth, but other Ukrainian oligarchs lose wealth even faster. He demonstrates great resourcefulness to compensate the losses. The man is cunning and merciless. Perhaps he’ll devour another big parasite, like Poroshenko, for instance. And then what? There will be nothing to devour. The Ukraine’s economy and the state will be finally destroyed. According to experts, the economy may go down by 10-20% this year. Then parasites of different – world – caliber will expropriate the property accumulated by Kolomoisky as a result of plundering. The contemporary Ukrainian expropriators will be expropriated in their turn. Ukraine and its oligarchs are a good example for those who is interested in the process of «natural selection» in the world of predators.