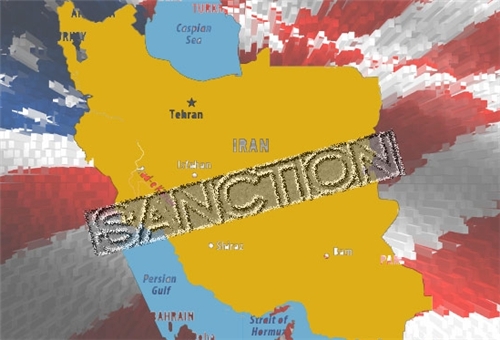 First, Iran has begun to undertake dynamic actions to reduce its dependence on foreign markets. To this end, over the course of many years Iran has been investing large amounts in creating new import-substituting industries. Currently the main article of Iranian exports is crude oil, but the state’s plans call for expanding the export of petroleum products, natural gas, and products of the metallurgy and even machine building industries. Not long ago Iran was 100% dependent on imports of gas oil, jet fuel, and liquefied associated petroleum gas; now it exports them. And when construction of a large oil refinery at the port of Bandar Abbas is completed, Iran will also be an exporter of gasoline, which it now mostly imports as well. The government is laying particular emphasis on establishing domestic production of equipment for the extraction and processing of oil, natural gas and petrochemicals. Most of the equipment for this industry comes from China.

Second, closer relations are forming between countries on Washington’s «black lists». The most obvious example is the closer relations between Iran and Syria. In particular, in summer 2013 the countries signed an agreement for Tehran to provide Damascus with a long-term loan of 3.6 billion dollars for the purchase of petroleum products. Tehran is also actively developing collaboration with Pakistan, Afghanistan and Iraq. Kabul is negotiating with Tehran for the use of one of Iran’s ports for trade with Europe and India. Two and a half years ago an agreement on the construction of a gas pipeline for transporting gas from Iran to Pakistan was signed. Several months ago installation of the pipeline began on the territory of Pakistan. Deliveries of Iranian gas to Pakistan at a volume of 21.5 million cubic meters per day are to begin by the end of 2014. After Washington forced Europe to join the economic sanctions against Tehran, Iran’s trade and economic ties have almost entirely shifted to Asia (currently over 90% of Iran’s exports), with only 3% conducted with Europe and North and South America. Tehran’s new trade focus is making Washington uneasy; it is accustomed to acting on the principle «divide and conquer».

Third, partly due to the influence of the sanctions against Iran, the positions of China and Russia in the Middle Eastern region have begun to get stronger. Russia did not accede to the majority of the sanctions against Iran, and it is rendering Iran assistance in developing nuclear energy. China buys large volumes of oil from Iran, and in return it supplies a wide assortment of products, from consumer goods to equipment for the petroleum and refining industry. Despite the peculiarities of Iran’s legal system, which makes it difficult for foreign capital to enter the country’s economy, at the beginning of last year, according to reports in the Chinese and Iranian media, China’s investments in the economy of Iran were around 2 billion dollars.

America Is Cutting Off Its Nose to Spite Its Face

However, the main negative effect of the economic sanctions for Washington is that they promote the weakening of the US dollar in the world and undermine the petrodollar system. It is well known that the foundation of the petrodollar system was laid exactly 40 years ago in the Middle East. At that time Saudi Arabia, under pressure from Washington, agreed to conduct all transactions for delivery of «black gold» in US dollars. Furthermore, the agreements called for depositing the dollar revenue from oil exports in banks on Wall Street and in the City of London. A system for recycling petrodollars was created. In exchange for this service, Washington promised the Saudis weapons and military and political patronage, including a guarantee of tolerance from neighboring Israel. Other countries in the region followed Saudi Arabia’s example, and the non-Arab countries of OPEC also joined them. Iran, incidentally, was also among those that supported Washington’s offers at that time.

Today Iran is 100% emancipated from the US dollar as a medium of exchange between countries. Iran, even with all the current difficulties in its economic development, has set a precedent and proved that it is possible to do without «greenbacks». Washington has forced Tehran to switch to using barter, currencies other than the dollar, and gold.

Barter is an exchange of goods which makes it possible to do without currency. Iran uses barter in trade with many countries, but first and foremost with China. For a long time Iran has been accepting Chinese-made consumer goods as payment: washing machines, refrigerators, clothing, toys, cosmetics, etc. China is planning to trade even equipment for the petroleum industry, as well as for the manufacture of petroleum equipment, but strictly speaking, this is not quite barter. It is a matter of reciprocal shipments of goods from China to Iran using funds which the importers of Iranian oil have transferred to accounts in Chinese banks. Recently the balances of such funds in Chinese bank accounts have varied from 20 to 30 billion dollars. In early November 2013, according to media data, they equaled 22 billion dollars. Chinese banks are wary of transferring funds to accounts in Iranian banks. The money for shipments of manufactured goods from China to Iran is transferred from Iranian accounts in Chinese banks to the accounts of the Chinese suppliers in those same Chinese banks.

With some other countries Iran uses pure barter, for example, in trade with Syria. Syria barters textiles and agricultural products like olive oil and citrus fruits to Iran in exchange for oil and petroleum products.

In connection with Washington’s financial and banking sanctions, at the beginning of this decade Tehran made an attempt to replace the US dollar with the euro. It even stimulated this transition by deciding to create a commodities and stock exchange. In August 2011 the official opening of the Kish International Stock Exchange on the island of Kish in the Persian Gulf took place. Its first transactions were made in euros and UAE dirhams. Iran expected that Europe would be its key trade partner, and in connection with the creation of the exchange the media even started talking about the birth of the «petroeuro». However, Washington was able to pressure Europe into joining the economic sanctions against Tehran and force it to ban transactions with Iran in European banks. Hope in the euro was quickly dashed. In July 2012 the US introduced sanctions against any type of transaction using the national currency of Iran, the rial. Therefore, in Iran’s foreign trade transactions with other countries, for the past year and a half it has been using the currencies of those other countries. First and foremost these are the Chinese yuan, the Indian rupee and the Russian ruble. The annual volume of Chinese-Iranian trade is estimated to be in the range of 20-30 billion dollars. The yuan has been being used since early 2012; today, according to the latest estimates, around half of this trade volume is already being paid for in Chinese yuans. It is worth noting that Chinese banks are wary of conducting transactions in yuans directly with Iranian banks. According to media reports, banks in the Russian Federation act as mediators between China and Iran in these transactions. As for trade between Iran and India, up to 45% of this trade is conducted using the rupee. Currently Iran, despite sanctions, supplies oil to over 30 countries. Of course, in much more modest amounts than to China or India. Other countries are also signing agreements to use their currencies in trade with Iran. For example, in summer of this year such an agreement was reached with Indonesia. Reports that Iran and Russia are switching to payments in rubles appeared in the media in early 2012.

This payment instrument, thanks to its high liquidity, simplicity of use and high immunity to various types of sanctions, is very attractive for Iran. The head of Iran’s Central Bank stated in 2010 that there are plans to convert part of the country’s currency reserves into gold, bringing the share of metal in the international (gold and currency) reserves to 15%. In late February 2012 the Central Bank of Iran announced its willingness to accept gold as payment for oil. This statement was addressed first and foremost to China, in whose banks a large amount of currency from Chinese oil importers had accumulated. This was an offer to let them meet the accumulated liabilities in gold. China, according to various sources, in fact does make wide use of gold in trade with Iran, but does not publicize the fact. Iran also trades with neighboring Iraq using gold; to this end, the latter has started to rapidly expand its gold reserves. 45% of Iran’s trade with India is conducted using the rupee; there is reason to believe that the remainder of oil deliveries to India are paid for with gold. One of Iran’s main partners which uses gold for payments is Turkey. According to media reports, since 2011 Turkey has been buying natural gas from Iran in exchange for gold, thus circumventing the international bans. Turkey makes no great secret of this; it reflects the gold transactions in official statistics. The exchange of natural gas for gold is made indirectly, through Turkish liras transferred by importers to accounts in the bank Halk Bankasi. Iran then purchases Turkish gold with the liras it has received and ships it to safes in its Central Bank. According to official data, in 2012 exports from Turkey to Iran came to just under 10 billion dollars, including export of precious metals and precious stones for around 7 billion dollars.

In December 2012 Washington passed a new package of anti-Iranian sanctions which came into effect in mid-2013. Among the new sanctions was a ban on using gold in transactions with Iranian individuals or corporations; this ban is extraterritorial in nature. It is unlikely that this ban will be effective; monitoring transactions with gold is as difficult as finding a needle in a haystack. Washington is following the gold trade between Iran and Turkey especially closely. According to Ayhan Guner, Chairman of Turkey’s Jewelry Exporters’ Association, Washington’s appeals to Ankara to stop shipments of gold to Iran have no basis. And even if the Turkish government were to listen to them, Turkish entrepreneurs would still find ways to develop their trade with Iran.

At the beginning of 2013 the official gold reserves in Iran were estimated at 340 tons. However, in the opinion of many experts, this is clearly an understated figure. A significant part of the gold is shipped into Iran through illegal channels and is concentrated in safes in the Central Bank and the Ministry of Finance. According to one alternative estimate, at the beginning of 2012 Iran’s gold reserve was over 900 tons. This is comparable to the value of Iran’s annual import volume.