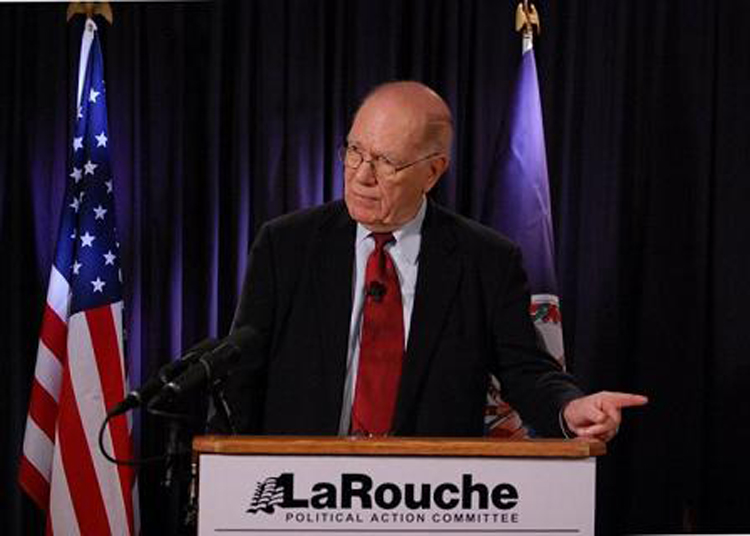 An article yesterday on the website KM.ru by economist Valentin Katasonov, a professor at the Moscow State Institute of International Relations (MGIMO, the Foreign Ministry university) and head of the S.F. Sharapov Russian Economic Society, addressed the bankruptcy of the entire world financial system, exemplified by the U.S. Federal Reserve. He wrote that the Quantitative Easing program has turned the Fed into an ordinary bank, overburdened with bad assets. Comparing November 2012 and November 2013 figures, Katasonov highlighted the Fed’s burgeoning portfolio of mortgage-backed securities. “Striving to save the drowning Wall Street Banks,” he wrote, “the Federal Reserve itself may drown.”

Katasonov said that hardly anybody had paid attention to the Fed’s straits (although, he added, “only lazy people have not written about the crisis of the U.S. dollar”), excepting a February 2013 Bloomberg dispatch, and Lyndon LaRouche, who drew attention to the Bloomberg report. That was the Feb. 26, 2013 Bloomberg wire on the Fed’s terrible performance on the same stress test applied to the major commercial banks.

Katasonov then recalled that LaRouche PAC, founded by “the consistent opponent of the Fed Lyndon LaRouche,” had reacted promptly to the Bloomberg report, saying that the Fed fully shared in the bankruptcy of Wall Street and the City of London. “In view of this situation and the prospect that the Fed was entering its death throes, LaRouche PAC put forward a slogan in favor of establishing a National Bank of the USA, which would be subordinated to the government and would act in strict compliance with the Constitution, which, as is well known, provides for Congress to have sole authority over monetary emission.”

Katasonov said that his reason for returning to last February’s Bloomberg and LPAC releases is that the November 2013 figures show that the Fed’s balance sheet has deteriorated even more rapidly than expected. “It’s time for Bloomberg to commission a new stress test on the Fed! … The Fed is like an airplane that just keeps flying, but can’t find an airport and doesn’t know how to land.”

Earlier this month, Prof. Katasonov continued his series of articles on bail-in and Glass-Steagall matters. In a two-part analysis for the Strategic Culture Foundation, he suggested that the time has come for too-big-to-fail banks to really fail. While making much of the fines imposed by U.S. regulators on J.P. Morgan, Katasonov established a crucial idea for his readers: that there is a faction of “the U.S. elite” that is fighting Wall Street. He named Lyndon LaRouche, first and foremost, as representative of that faction, mentioning also Paul Craig Roberts and Ron Paul, as well as evidence that “officers in the Pentagon” fall into this grouping.