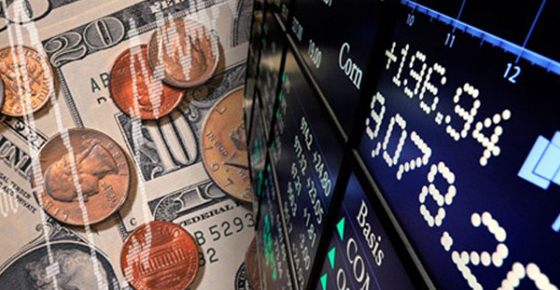 Occasionally while discussing issues related to the West’s economic sanctions against various countries, the subject of the «black knights» crops up. The term «black knight» is given to the small trading partners of a country that is affected by sanctions. They act as intermediaries, facilitating trade and economic relations between that country and the rest of the world. Currently, «black knights» are doing business on such a huge scale that the companies themselves are finding their own clients from among the countries under sanctions, and those nations are able to select the intermediaries that best fit their needs.

Most of the information about the activities of «black knights» comes from media outlets with ties to Iran. Some experts argue that the first «black knights» appeared on Iran’s horizon immediately after Washington introduced sanctions against that country in 1979. Some of them were thought to already have experience working with other countries under sanctions, such as Cuba, South Africa, and Rhodesia. The «black knights» that are now offering their services to Iran are registered in some of the farthest-flung corners of the globe: Latin America, Southeast Asia, Europe, and the CIS countries. And from time to time they may change the country in which they are registered or simply vanish without a trace. In the latter case, it means that the firm had been established for merely a single day’s work on a single transaction.

For those who levy the sanctions, one unpleasant idiosyncrasy of the «black knights» is that such firms settle their accounts without the assistance of banks. The «knights» often employ barter (making direct exchanges) that do not require conventional forms of money. Increasingly they are resorting to time-honored means of setting accounts, such as using gold. And what’s more, many companies from Muslim countries use the informal Hawala financial system, under which the services of a bank are not required, and even cash does not need to be transported from one country to another. Today the Hawala system is gaining popularity even among small businesses outside of the Islamic world, such as in Europe and Latin America.

Iran can’t do without the «black knights» because their business is profitable (although difficult). The «knights» set their own commission for their services, which can be as high as 15-20% or even 30% of the total amount of the transaction. According to various published reports, most of the «black knights» consist of companies based in the countries that neighbor Iran, such as Turkey, the UAE, Syria, Iraq, and Kuwait. But Venezuela, Belarus, Ecuador, India, Malaysia, Brazil, Hungary, Argentina, and Romania also appear on this list.

The media only sporadically publishes information about the ties between the «black knights» and Iran. But, in anticipation of sanctions that were about to become more stringent, and with additional enforcement by the EU, at the end of the last decade Iran decided to safeguard its gasoline imports (Iran does not manufacture sufficient gasoline on its own). Contracts were signed with major gasoline suppliers from Western Europe, and by the summer of 2010 agreements were in place with a large number of small companies from Romania, Qatar, and Malaysia. Gasoline imports from Turkey were expanded, also through new contracts with small businesses.

That same year (2010), the major European sea carriers that transport petrochemicals were replaced with small firms from countries such as India, Singapore, Japan, and Malaysia. In 2011, the big European companies began refusing to insure shipments of oil delivered by Iranian tankers, and small companies from various countries immediately took over this side of the business. Naturally Iranian exporters had to pay these alternative insurers a «surcharge due to the special conditions of the contract».

In 2012, Iran quickly began changing the way it settled its accounts, moving toward making payments in gold. Especially when doing business with Turkey. Iran began to stockpile gold. Instead of conventional banks, which were being closely monitored due to the sanctions, small firms that provide «nonstandard financial services» were now used to carry out these transactions in gold. Those banks, in turn, began to resort to a completely nonstandard method for transporting this «yellow metal». Dubai became the main transit hub. Technically this was nothing more than smuggling, but it was smuggling authorized by officials in Turkey, the UAE, and Iran.

In the 2000s, the sanctions against Iran were relaxed a bit. During that time, a number of large European companies began to invest in various sectors of the Iranian economy. For example, the French companies Renault and Peugeot Citroën invested in the development of the automotive industry in Iran, and Iranian-made cars were then exported to neighboring countries. British and German firms invested in the mining industry. But once the EU began to help enforce Washington’s sanctions, those European companies were put in a difficult position. The situation required assets that had been obtained in Iran to be relinquished, and Chinese investors were happy to buy up those assets from European companies. However, apparently European firms have decided not to let go of their Iranian assets. They began to resort to all sorts of shady schemes that involve the use of fronts, go-betweens, and shell companies. According to various sources, Western Europe continues to supply equipment and technology, both to maintain previously established facilities, as well as to establish new ones.

It’s hard to believe, but even American technology is making its way into Iran. One story that became quite noteworthy described how Iranian companies obtained over fifty pieces of the latest-model construction equipment from US firms under contract to the Pentagon and operating in Afghanistan. Today, this equipment is being put to use building production facilities in the Iranian city of Mashhad.

Iran’s biggest trade routes pass through Turkey and the UAE. Both countries are in the top tier of Iran’s export and import partners. But both countries are also strategic partners of Washington. However, Dubai’s and Ankara’s desire to help broker this trade was more powerful than the unceasing howls coming from Washington, which was irate at its allies’ behavior. US intelligence agencies (the CIA and the intelligence service within the Treasury Department), as well as Israel, monitor the routes taken by Iran’s exports and imports, make note of those who are part of the long chains of intermediaries, and identify the specific individuals involved in trade with Iran. From time to time, this information is brought to the attention of those countries with which the «black knights» are associated, but the governments in these nations are in no hurry to respond to Washington’s protests. In the first place, the «black knights» pay taxes in those countries. Second, they are often a big help in facilitating trade. Third, the actions of «black knights» are rarely subject to local laws. In a best-case scenario, it might be possible to close down a «black knight» company, but after a while it may simply reappear in a different country.

No one knows the exact number of these «black knights». From time to time, lists of companies, categorized by country of registration, are published by the US. For example, in December 2013 Washington gave Brussels a list of «black knights» from the EU, which included 1,107 small and medium-sized companies. A similar list for Turkey specified the names of 512 firms.

There was a time when «black knights» were not taken seriously, out of a belief that they could not take the place of the major corporations that traded with these countries before the imposition of sanctions. But events of recent years have shown that the thousands of «black knights» now in operation have formed a critical mass, so their potential capability is already comparable to that of the large corporations. And the attempts by those who have introduced the sanctions to monitor the «black knights» are close to zero percent effective.