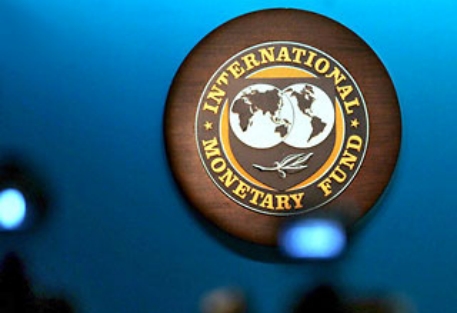 Foreign media said that Russia is trying to put pressure on the IMF to deprive the U.S. veto [power], and finally, [hand in hand with this] to increase voting stake of developing countries. China and Russia are trying to achieve this for several years — and, apparently, to no avail. We have to act very differently suggest economists.

[Memphis note: Again we read clear language that the eastern nations are ready to assume their rightful role in the financial decisions of the world. The rules of the game are changing. You might want to read the above once more, it’s words should be ingrained in our minds.]
…
Read More Link On Right

Russian officials are putting pressure on the International Monetary Fund to its planned reform was carried out without considering the opinion of the United States, Reuters reported, citing informed sources in the IMF. Reform can mean the loss of the United States the right to veto strategic decisions in international credit organizations.

[Memphis note: no doubt you have noted that this article’s translation…sucks. I am not going to offer much help tho as the meaning still comes thru imo. Again, we read that the veto power of the US is the OBJECTIVE.]

According to Reuters , Russian Finance Minister Anton Siluanov proper idea expressed during the meeting of finance ministers and central bankers of the G20 in Sydney in February 2014.

The essence of the reform is to increase the IMF’s resources and reallocate quotas and voting in favor of the emerging economies, especially China, Russia, India and Brazil.

[Memphis note: allow me to be redundant? We now read that «the ESSENCE of the reform»includes:
«…reallocate quotas and voting IN FAVOR OF…»

These words are quite clear and THAT in itself is a change, a delta from their normal language. THIS contributes to the conclusion that this is a final warning, a last chance for the US to lie down and accept change…or else….]

[Memphis note: If you are thinking that I am being dramatic here or possibly jumping to conclusions? Remember this post is only an introduction….]

In fact, at the summits G20, which are held annually since 2008, the only live issue discussed — is the revision of the quota countries — members of the IMF, said the chairman of Russian Economic Society them. SF Sharapova Valentin Katasonov.

During the existence of the IMF really performed 14 revisions of quotas. The stumbling block was the decision of the last revision, which was adopted in 2010. And to solve this issue is still not possible because of the disagreement of the U.S. Congress.

The U.S. veto
IMF quota corresponds to the country’s contribution to the total capital of the fund, and it is calculated from the number of votes of the country, which are necessary for the adoption of a decision the organization. Payment of shares is also calculated according to the traditional formula, where four important indicators, including GDP, openness and international reserves.

Who has more votes and he really can influence IMF policy. Most influential in the IMF is the United States, as they have the highest number of votes — 17.08%.

[Memphis note: Pay attention to this next sentence. It is the POINT to all that they are saying here. The balance of this article is free of commentary as I am out of time here to work on it. The message given here tho is quite clear.]

Some countries have merged into one group, which acts as a united front in the vote on various issues.

For example, the so-called group Gelvetistan, which includes Azerbaijan, Poland, Kyrgyzstan, Kazakhstan, Tajikistan, Turkmenistan and Serbia, and the interests of this group is Switzerland.

If you collect a country in the coalition, the European Union has a total of 30.3% of the votes in the IMF, and the OECD countries — 60.35%.

Other countries (85% of the total number of member countries) have only 39.65% of the vote. But the problem is that even if all members of the IMF agreement, a U.S. refusal enough to block a decision Fund on key issues.

In this closed circle seems logical to act behind the United States, namely the deletion of the U.S. general in matters of reform and increasing votes for the developing countries. But the reality is not so simple.

Arguments «for» and «against»
According to the order of the IMF is particularly displeased with China. And there are objective reasons. When created in 1944, the IMF, the U.S. had a share in the world consumption and world production of about 50%.

Now, however, the balance in the global economy seriously changed. Now, the U.S. accounts for 15-20% of world production, about the same share in the structure of global consumption, says the head of expert advice «Neocon» Mikhail Khazin.

Of course, the United States still retain its leadership in the global economy, but the Chinese economy is now quite comparable to the U.S.. In absolute scale of China’s economy for more than the U.S. economy, said chairman of the Institute of dynamic conservatism Andrei Kobyakov.

«The IMF, like other financial institutions, it is necessary to reflect a growing share of China, Russia, Latin America, South Africa,» — said the expert before the American Enterprise Institute, a former deputy director of the IMF to develop a strategy and analysis Desmond Lechman.

Opponents of this idea argue their opinion that countries are taking money from the IMF loan in dollars, euros, yen, and pounds, so these countries with national currencies and have a disproportionate control of the fund.

As a result, China should become the third largest state quotas — a member of the IMF. Also in the top ten countries with the largest number of votes shall enter Russia, India and Brazil. Thus, Russia’s voice should rise from 2.49% to 2.71%.

In total, the developing countries: Brazil, Russia, India and China — now accounts for 10.71% of the allowances and the revised total quota should be increased to 14.18%, said Valentin Katasonov.

Make this decision does not give the United States, even though in this case Washington remain control over key decisions in the fund and the right of veto. But in fact, such a revision of votes against not only the U.S..

«Least of all interested in such a review, the European countries and Japan. Especially given the current plight of (the debt crisis) Europe when she is looking for money around the world, including the IMF, to plug holes in their budgets.

Europe and so it became extremely difficult to knock out new loans in the fund, as for 2010-2013, the IMF gave a disproportionate amount of loans namely European countries (mainly countries in the eurozone).

Now among the many non-European countries — members of the IMF enhanced murmuring about such favoritism European fund «- says Katasonov.

Thus, developing countries can not compete with the United States only, but also with the EU and Japan. Simple vote count shows that fight them useless. On the U.S., EU and Japan accounts for 53.51% of all votes.

Therefore, even if Russia, Brazil, India and China «recruit» to his coalition all other countries — members of the IMF, the majority will be on the side of those who support the status quo.

Russian pressure points on the EU — it is gas, and trade. However, this mutual lever. Unless, of course, Russia will not agree completely redirect their products and natural gas in Asia, covering gas supply prospects and fully closing trade — the realm of fantasy.

We need to create an alternative
Chief Economist «Uralsib Capital» Alex Deviatov believes that the output path of the U.S. game when deciding on IMF reform — hopeless. «In practice, it is impossible» — I agree, and Mikhail Khazin.

«The IMF — a system created in 1944, which is fully controlled by the United States. And, in particular, the whole apparatus of the IMF is controlled by U.S. Treasury.

In this situation, any attempt to arrange it will sabotage. If we want to keep the current system, the IMF is needed, but to make the system more adequate and less subordinate to the United States in this case will not work.

And if we want a new system, you need to create new institutions, the IMF and there is no good «, — says Mikhail Khazin newspaper VIEW.

Better to go the other way: to unite developing countries — Russia, China, India and others — and an alternative to the IMF.

This is a more effective way, although long, was considered the ninth. However, he did not rule out that progress in this direction may occur before the end of 2020.

Khazin agree that developing countries must create an alternative financial institution, and «let the U.S. are forested.» But hurry here is dangerous.

«If we are talking about how to create a regional emission centers and settlement system between them, such as the clearing system, tied to gold, and so on, we can do it.

But as soon as we begin to do this, the U.S. will immediately begin to create terrible trouble with us considering that today the system — the dollar. So I tend to think that this plan will be implemented later when U.S. ability to «dirty tricks» significantly diminished. They are already weakened, «- said the expert.

Need to influence the dollar as a reserve currency has fallen below the critical level. «This can happen fairly quickly — within two to three years. But everything will depend on developments. If the U.S. will go to far in its desire to control everything, it will accelerate the process of weakening U.S. economic influence, «- said Khazin.

«States should continue in his own style twist the hands of all arrange fascist terror in Ukraine, to require all countries to buy their securities, close their markets.

Because today you can have a lot of dollars, such as China, but to buy something in the U.S., especially on some technological enterprise, you can not. The more they behave like this, the sooner will receive «- says economist.

Meanwhile, developing countries, in particular Russia and China should strengthen their national economy and create their regional emission centers, sure Khazin. «China is actively engaged in this, Brazil is likely, too, Russia — not because we have the chairman of the National Bank of the Russian Federation is an agent of the IMF.

Therefore, until you change the leadership of the Central Bank, we have the relevant work will not be done «- sums Khazin.

At the last BRICS summit, which took place at the end of March 2012 in New Delhi, has been decided to establish international financial institutions, which will have functions similar to the functions of the IMF and the World Bank.