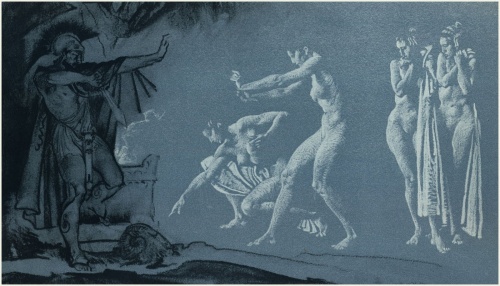 The Greek debt crisis is on the radar screen today. It’s a pity that 99% of publications are devoted only to the implications for Greece and eurozone. This issue should be considered in a broader context. The implications should be analyzed at global scale…

First, no matter what kind of deal Athens and Brussels reach, nobody can say what is in store for Greece and the European Union. If the whole Europe is affected, it will give rise to ripple effect to encompass the whole world.

Second, evidently, no fundamental solutions are on the agenda of the talks conducted by state officials. The International Monetary Fund is a party to the negotiations. It has a reputation of an international body that never offers real solutions to problems. One has a reason to suspect that neither international organizations, nor Greece really seek a way out of the situation.

There are countries that have much higher debt-to-GDP ratio. For instance, it exceeds 200% in Japan. When the world financial crisis was raging in 2008-2009 fresh ideas were voiced at G20 summits and other forums. In the recent five years they have all gone into oblivion. It should not be that way.

This February McKinsey Global Institute published its Debt and not Much Deleveraging report. It says that seven years after the bursting of a global credit bubble resulted in the worst financial crisis since the Great Depression, debt continues to grow. In fact, rather than reducing indebtedness, or deleveraging, all major economies today have higher levels of borrowing relative to GDP than they did in 2007. Global debt in these years has grown by $57 trillion, raising the ratio of debt to GDP by 17 percentage points.

That poses new risks to financial stability and may undermine global economic growth. The amount of world debt reached $199 trillion at the end of 2014 in comparison with $142 trillion in 2007, with the growth rate exceeding the pace of global economic expansion and the debt to GDP ratio increased from 269 to 286 percent. The authors of report express alarm. The global situation is worse than at the time the global crisis sparked. Back then the cause was a flood of irresponsible mortgage lending in America.

Today the situation is aggravated by the problems in Europe as a result of Greece debt crisis and China’s stock market bubble burst affecting the global economy. Greece should have been a warning for world community. This country has offered a good lesson to learn. Such traditional instruments as partial restructuring, granting new credits and even sovereign default in an individual country cannot protect the humanity from global debt crisis. Financial mathematics rules come into play to kick off a process that resembles a cancer spreading, a kind of chain reaction extremely difficult to stop. A new round of restructuring or another aid package only postpone the time of final collapse.

In 2012 Greek debt was restructured to be reduced by 100 billion euros or around 130% of GDP. The aid provided by «big Troika» of international money lenders made it rise to 170% in a short period of time. Today it is equal to 175% of GDP. Brussels offers a new 86 billion euro aid package to be repaid in three years. The experts have gone into details to come to conclusion that in the summer of 2018 the Greek public debt will exceed 200% of GDP.

«Debt restructuring», «financial aid», refinancing of debt» — all these games are nothing else but making appearance of frenetic activity. As a result of «reforms» Greek economy went steadily down. Its GDP has fallen by 20% in the recent five years. The new measures cannot stop the sliding down. The collapse of Greek economy is pre-programmed. It should give Brussels a pause. Its policy is irrational. It kills Greece and the whole united Europe. The chain reaction will follow to affect Italy, Spain and Portugal. Some other «weak» European countries may suffer as the process evolves. A new restructuring of Greek debt may strike the major Greek bondholders. Cyprus fell prey to the recent restructuring that took place in 2012. It required a great effort to rescue the island nation with the help of «non-standard» decisions (confiscation of deposits).

Whom gods wish to destroy, they first send mad, they say. This time it has relation to Brussels. The global debt pyramid will sooner or later crumble. There will be a problem impossible to solve. A ripple effect will follow to cause a backlash. It’s hard to say how exactly it will happen. One scenario envisions a spontaneous development of events unexpected to all, including money lenders. In another case money lenders will be well prepared for collapse. They will provoke it when the time is propitious.

Since long time money lenders started to implement a policy aimed at increasing public and overall debt. The US public debt has gone up to 110% of GDP. It can be increased a bit more. It’s hard to say exactly how much it will grow. Evidently, one cannot shoulder a debt equal to 500% of GDP. The United States government cannot serve such a debt. It’s not the overall debt only but interest rates as well that make up the burden on the budget. The interest rates depend on the Federal Reserve System funds rate which stands at 0, 25% at present. This rate allows America to increase the debt. A hike to 2-3% (a very modest level according to the last century’s criteria) would mean a collapse.

It may kick off the implementation of «Zero» plan targeted at doing away with debts, especially the US public debt denominated in USD. The implementation may follow a few scenarios. For instance, a dollar could be greatly devalued. Another possibility is a monetary reform launched by US government. It may issue new dollars, or a new currency. A few years ago they discussed the possibility of issuing amero, a new currency for the United States, Canada and Mexico. Washington will exchange old dollars for new ones only on the condition that the greenback holders prove they are not involved in money laundering schemes, have no relation to terrorist activities, have never breached economic sanctions and have no relation to corruption…

Some financiers like to crack a joke saying that if assets are there one will always be a reason to doubt their legality. They mean there is as slim chance Uncle Sam would exchange the old dollars for new currency. International reserves of China, Japan, Saudi Arabia and other countries totally equal to a few trillion dollars will vanish in the hays along with the trillions belonging to companies and non-residents using off-shore accounts. The world debt exceeds 200 trillion today, half of it in US dollars. A half of the debt denominated in USD falls on non-residents. America will have to «burn» 50 trillion or around two thirds of global GDP.

The implementation of Plan «Zero» will cause abrupt exacerbation of interstate relationships. It may lead to armed conflicts or one big war. Will the humanity survive under the conditions of overburdening and rebooting? Money lenders want to minimize the expenses by using force. Washington is openly flexing muscles. It is widely believed that the cause is its stand-off with Moscow. To some extent it is true. But there is something else. In case dollar debts are nulled the Washington’s relations with the outside world will exacerbate. It will need to demonstrate its readiness to use force.

Money lenders believe they will be given a clean sheet to start a new life with. But there are many different ways to do it. You can launch the construction of another debt pyramid based on paper currency. But this pattern (like, for instance, the forty-year old Jamaican currencysystem) has been discredited. The humanity is fed up with it. A new debt pyramid will be erected faster than the previous one.

The other scenario is more realistic. The humanity can go back to gold standard that existed around 150 years (in 1821 it appeared in Great Britain and was effective till the Jamaica conference in the 1970s when it was rejected). Actually, money lenders are well prepared for this scenario. This point of view is supported by many facts. For many years official gold reserves of US and other countries have been depleted, especially the gold stored in Fort Knox, Kentucky, where the United States Department of Treasury has maintained the Bullion Depository on the post since 1937. This facility is operated solely by the Treasury Department. There has been no audit since the 1950s. Looks like the same applies to vaults of Federal Reserve Bank of New York (Manhattan) — the guardian and custodian of the gold on behalf of account holders, which include the U.S. government, foreign governments, other central banks, and official international organizations. No individuals or private sector entities are permitted to store gold in the vault. Germany has been asking since 2012 to have its gold back. Until now it has not been given an opportunity to audit its gold stored in Manhattan. It makes one pause.

No doubt, gold standard is good for gold lenders only. Others will have to ask for metal to support currencies. This scenario envisions using a golden stranglehold.

Summing it all up, one can come to conclusion that no attempts are made at the global level to prevent a global financial crisis caused by debts. No ideas are put forward by neither the International Monetary Fund, nor the Bank of International Settlements, nor the United Nations. If so, serious negotiations on preventive measures should be started at regional level. BRICS or the Shanghai Organization of Cooperation could become platforms for launching the negotiation process with an aim to agree on mechanisms of mutual payments and settlements without using the US dollar till the plan «Zero» is launched. The regional level plans should be added by national programs worked out to counter the second wave of financial crisis. The events related to Greece make us realize how acute this issue is.