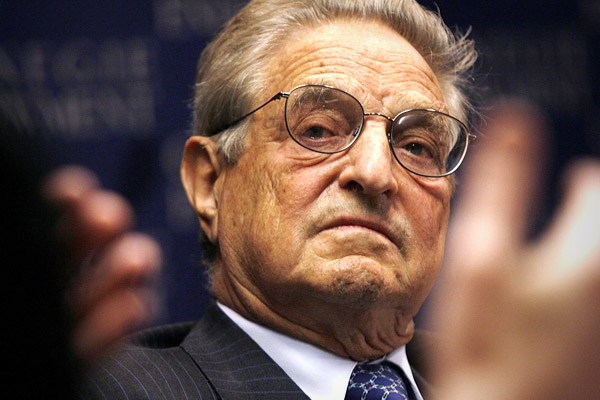 “The goal is world power”

The expression «Bretton Woods II» is becoming more popular, and everyone has their own understanding of this vague formula. Some are nostalgic for the gold standard, while others would like to return to John Keynes’ idea of creating and introducing a supranational currency like the ‘bancor’, or using the special drawing rights issued in small amounts by the IMF in 1970 for the same purpose.

There are also those who believe that Bretton Woods II will be fundamentally different from the American and British projects discussed in 1944, and that the world should consist of several regional currency zones.

The expert community introduced the idea of a Bretton Woods II at the end of the 20th century. The Reinventing Bretton Woods Committee, headed by a certain Marc Uzan, was set up in 1994 on the back of the conference’s 50 year anniversary.

At an official level, the idea of a Bretton Woods II was first expressed by the Italian Senator Oskar Peterlini. At the height of the 2009 financial crisis, Peterlini officially presented a «Motion for the reorganisation of the international currency system: the new Bretton Woods» to the Italian Senate. The document was approved by a large number of deputies in the upper house.

Although the document mentioned nothing about a return to gold, it pointed out the need to control the issue of money, and the need to link it to real assets and commodities rather than financial assets. Attention was also focused on the fact that the world needs a financial system with fixed (constant) exchange rates and restrictions on the free cross-border movement of venture capital.

At the G20 meetings in Washington in November 2008 and London in April 2009, where ways out of the global financial crisis were discussed, the expression «Bretton Woods II» was also heard more than once.

In the midst of the financial crisis, radical proposals were put forward at G20, G8, G7 and other similar forums on the restructuring of the global monetary and financial system.

There was also talk of the need to convene a global «New Bretton Woods» conference at the UN, where it was expected that a number of important international agreements would be entered into, including: 1) a Global Economic Charter based on the proposals of German Chancellor Angela Merkel; 2) a Global Energy Charter put forward by the leaders of net energy-exporting countries; and 3) major amendments to the UN Charter, including the establishment of a Financial Security Council.

As soon as the threat of the global financial crisis had passed, however, political leaders immediately forgot about the «New Bretton Woods» projects.

At the end of the 20th century, the illusion emerged that the world might become unipolar and be controlled by Washington, and Pax Americana was built under the guise of globalisation. Today, however, Washington is losing its influence in the world, and chances are there will be no repetition of Bretton Woods.

At the same time, it is possible to talk about a new Bretton Woods as the resuscitation of the project put forward by John Keynes 70 years ago that gained little support from those present. The most well-known and open supporter of this Bretton Woods alternative is financial speculator George Soros.

Back in November 2009, at the peak of the global financial crisis, the billionaire announced the preparation of a «New Bretton Woods» conference, and in April 2011, Soros made sure the conference took place. Details about it are few and far between.

Soros paid $50 million to assemble around 200 academics, businessmen and state leaders in New Hampshire under the aegis of his Institute of New Economic Thinking (INET).

The meeting included such well-known figures as the former chairman of the Board of Governors of the Federal Reserve System Paul Volcker, former British Prime Minister Gordon Brown, Nobel Laureate and a former vice president of the World Bank Joseph Stiglitz, and renowned economist and director of The Earth InstituteJeffrey Sachs.

Soros’ event at Bretton Woods was as secret as the meeting of the Bilderberg Group. It is known, however, that the event took place under the catchword of Keynesian economics.

The particular role of China as a pole of the world economy and global politics was discussed, along with the need to move to a supranational currency, establish a global emission centre (global central bank), and restructure the global financial system. 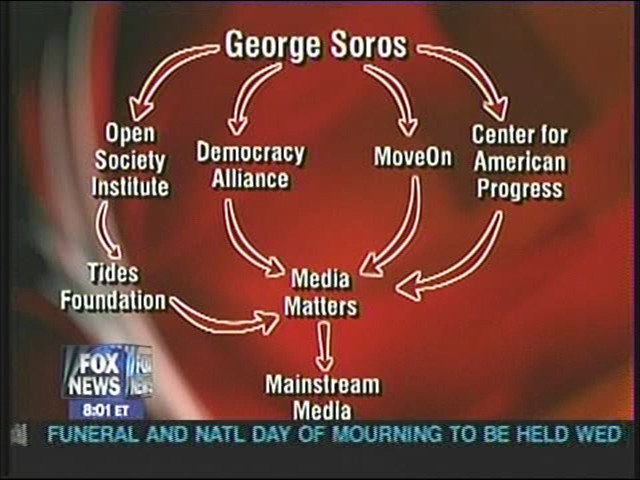 George Soros as a mouthpiece of the Rothschild clan

It is well known that George Soros is a protégé of the Rothschilds, their mouthpiece. Through the public statements and actions of this financial speculator, renowned for his scandalous behaviour, it is possible to put together some idea of his bosses.

The Rothschilds are absolute cosmopolitans, they do not hold on to any kind of national identity, unlike the Rockefellers whom America needs, because the printing press and military-industrial complex it is called upon to protect are located in America.

In terms of Soros’ understanding of a global currency, therefore, then it is more likely a combination of a supranational currency and gold.

Soros has repeatedly declared that he sees China as the model for a new global financial order in place of the US. Soros has referred to the US as a burden on the global economy because of the falling dollar, noting the need for a new global currency in the form of the IMF’s special drawing rights.

Soros is sometimes regarded as an advocate of John Keynes’ ideas, but this misguided thinking arises from the fact that Soros is a critic of the market, believing it cannot be a self-regulating mechanism. In truth, Soros is against the state and state regulation.

He is an advocate of regulating the economy by means of major corporations and banks. Such regulation may be supplemented by regulation from supranational bodies. The institutes of the European Union, which Soros also had a hand in creating, may serve as examples of such bodies.

Soros does not like the European Central Bank, the European Commission and other bodies of European integration because they provide some kind of economic efficiency and improve people’s lives; he likes them because they are bringing the death of nation states closer, thus clearing a space for monopolies and banks.

George Soros makes no secret of the fact that he does not like America. Not because it wages destructive wars around the world, or because of the country’s huge social polarisation, or because its prisons contin more than two million people, with a further four or five millions American who were sentenced to imprisonment currently at large because the country does not have enough prisons, or because the US organised an all-out surveillance of every telephone conversation in America.

Soros does not like America because it still retains far too many attributes of a state. This is why Soros was one of Obama’s main sponsors during the pre-election presidential campaign. This also explains what initially seem to be certain illogical decisions and acts of the White House’s current occupant that are troubling the real patriots of America…

Properly speaking, Soros is an advocate of financial capitalism. Exactly the same capitalism that Austrian socialist Rudolf Hilferding, who took financial capitalism to mean bankocracy, or the dictatorship of banks, wrote about a century ago. This model of society is extremely reminiscent of a concentration camp.

While on the subject of Soros, one more Rothschild figure comes to mind – former IMF chief Dominique Strauss-Kahn. Like Soros, he also dislikes America and the American dollar, and is working on reducing the role of the green paper.

Among other things, it is well known that just before military action began against Libya in 2011, Strauss-Kahn met with Libyan leader Muammar Gaddafi and gave his support to the idea of introducing a regional currency – the gold dinar.

This naturally displeased those in charge of the Federal Reserve System’s printing presses and served as the reason for the scandalous resignation of Strauss-Kahn and, slightly later, NATO aggression against Libya. 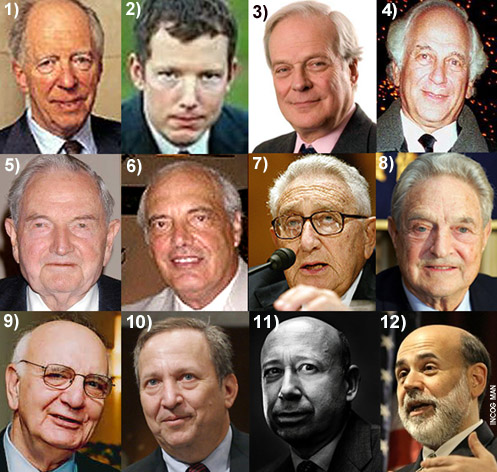 The new world financial order «in a broad cultural context»

The Rothchilds do not like national currencies, which they see as an anachronism of the 20th century; they interfere with the creation of a world government.

In order to get rid of national currencies more quickly, the nation state needs to be destroyed, and to accomplish this, every cultural and moral foundation of society must be undermined as much as possible.

Observing Soros is evidence that the billionaire is promoting the cultural degeneration of mankind. Soros supports the rights of the «oppressed minorities» to abortion, atheism, the legalisation of drugs, sexual enlightenment, euthanasia, feminism, single-sex marriages and so on.

He is in favour of globalisation in all its manifestations, mass immigration, and birth control. He promotes these ideas around the world through his Open Society Institute, which has branches in 60 countries (total expenditure on the institute’s activities is nearly $600 million a year).

There are many other political, financial and media veterans who help Soros with his propaganda work, including the former president of the European Bank for Reconstruction and Development (EBRD),Jacques Attali. The striking similarity between the philosophies of Soros and Attali is astonishing.

Both are cosmopolitans to the core, both put their trust in the organisational role of banks, both fiercely attack what there is left of culture and religion, both talk about the need for a global central bank, a global armed forces and so forth. It feels as if they have a common boss and client.

I do not know whether the conversations that took place at the Mount Washington hotel in April 2011 went beyond the usual agenda of global financial forums, but there is no doubt that the ‘broad-minded’ Soros focussed on destroying the foundations of traditional society.

In his opinion piece published six months before the New Bretton Woods conference, Soros wrote: «Reorganising the world order will need to extend beyond the financial system.»

The billionaire is expressing the world view of his bosses for whom money, finance, exchange rates, gold fixing, securities, loans, derivatives, exchanges and other attributes of the modern financial system are just the means, not the goal.

The goal is world power