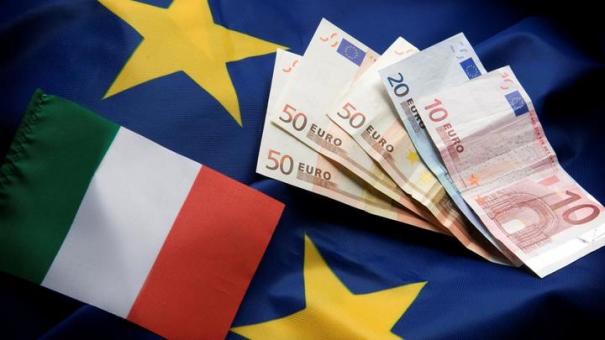 Brussels is trying to punish Rome for low budget discipline, but runs the risk of running into a very effective response

Recently, the main headache for officials of the European Union was Greece, which in 2015 was on the verge of default on IMF loans and was even ready to leave the eurozone. But since last year, Italy has taken its place. Firstly, due to the deteriorating financial situation of this southern European country, and secondly, because European skeptics came to power in the country, who began to hold themselves confidently and even, according to European officials, defiantly.

Relations between Brussels and Rome reached a boiling point by the beginning of this summer. On June 5, the European Commission announced the commencement of procedures for imposing sanctions on Italy due to its government’s failure to implement recommendations on improving the financial system and, above all, reducing the budget deficit and external debt. The essence of the sanctions is that Brussels intends to take under its direct control the budget process in Italy. This has never happened in the entire history of the European Union.

According to the EU, Italy’s foreign debt last year amounted to 132.2% of GDP, in 2019 it will increase to 133.7%, and a year later — to 135.2%. At the same time, the limit set by the Maastricht agreements is 60%. The deficit of the Italian budget to GDP in the current year is estimated at 2.4%, and next — at the level of 3.5% (the marginal level in the eurozone is 3%). There have been major deviations in the history of the EU, but the matter did not reach fines and sanctions.

Experts predict that Rome will not pay fines (the estimated amount is from 3 to 4 billion euros), because it will aggravate the already difficult financial situation in Italy. And Rome’s officials will not allow European officials to enter the budget process in Italy, for this will mean that the country will be under direct external control.

Too sharp movements from Rome can not be expected — no way out of the eurozone or even from the European Union. At the same time, it is also uncomfortable for Rome to remain in the eurozone with a single euro currency, since without a full-fledged issuing center that creates its own currency, it is extremely difficult for the government to get out of permanent economic stagnation.

Until the end of the 1990s (as long as the country maintained monetary sovereignty and had not yet had the euro), Italy was one of the most dynamic states of the European Union. But over the 20 years Italy has been in the eurozone, the country’s GDP has remained unchanged, economic growth turned out to be zero. It is said that this is the worst indicator among all countries of continental Europe.

Last year, unexpectedly, the idea of a supplement came to the mind of the European Eurosceptic insurgents, and then the gradual replacement of the official euro currency with a money surrogate that would be created by the Italian authorities. Such a money surrogate was called “BOT”. This is an abbreviation of Buoni Ordinari del Tesoro, which translates as «ordinary treasury bonds.» Sometimes the authors of the idea of such a money surrogate call it «Mini-BOT». “Mini” means that the face value of new debt securities is much less than the value of ordinary treasury bonds — just one hundred euros.

The idea of BOT was not born in Italy from scratch. So, even before the Euro-skeptics came to power in Italy, a group of economists took the initiative to issue a parallel electronic currency called Jewro, turning the Italian financial system into a two-step one. The euro would have remained at the highest level — mutual settlements between large business entities, as well as between them and the state — that is, would have turned into an exclusively clearing instrument. As for the «dzhevro», he would be responsible for the consumer sector and other daily transactions. But the project “dzhevro” was in clear contradiction with the European legislation prohibiting the introduction of parallel money.

As for the BOT tool, the Italian government wants to kill two birds with one stone.

First, to repay the public debt in the amount of 52 billion euros to national companies and households with these papers.

Secondly, the received BOT business and citizens of the country will be able to use as additional money, primarily for paying taxes. In addition, it is not excluded the use of BOT for payments for goods and services, if, of course, sellers agree to this. At the same time, supporters of the BOT idea are confident that the new instrument does not fall under the definition of alternative money banned in the European Union.

Even if for some reason BOT will not be used as a means of buying goods and services (this is still quite real money), but will go solely to pay taxes, the positive effect for the economy will be obvious. BOT will allow companies and citizens to save «real» money (euros), thereby increasing solvent demand and stimulating production. Over time, as BOT supporters seem optimistic, this tool may supplant the euro in Italy’s domestic circulation.

Now they remember that one of the main European skeptics and leaders of the ruling Italian coalition, Matteo Salvini (“League of the North”), during the election campaign directly said that “a vote for his party is a vote for refusing the euro and returning to the national currency”.

Some observers and experts believe that through BOT Italy will make a “soft” exit from the euro area of the euro. At one point, a modest financial instrument with the non-expressive name “Mini-BOT” can turn into a good old Italian lyre, which at least half of the country’s inhabitants are nostalgic about. In Italy, the book Mini-BOT: Democracy and Sovereignty, owned by Claudio Borgi (Borghi), the head of the budget committee of the country’s parliament, is now very popular. The author called these bonds «a spare wheel, which will greatly simplify the possible transition to the national currency.»

The painful reaction of European officials

In early June, the Italian Parliament enthusiastically and unanimously supported the proposal of the «League of the North» to «study the possibility of introducing» BOT. Such an initiative caused a nervous reaction in Brussels and Frankfurt am Main (headquarters of the European Central Bank). ECB President Mario Draghi commented on the Italian initiative as follows:

Mini-BOT is either money that is illegal, or debt securities, due to which the volume of public debt increases in violation of EU regulations. I do not think that there is a third option.

The spectacular action of the aforementioned Claudio Borgia added fuel to the fire. He tweeted a new bond with a portrait of the founder of the Italian oil company ENI, Enrico Mattei (1906-1962). After all, Mattei is considered a symbol of the struggle for the economic sovereignty of Italy. Established by him after World War II, ENI, in the opinion of many Italians, weakened and destroyed the international oil cartel, which consisted of the largest American and British oil companies («seven sisters»). Mattei died in a plane crash, and the Italians are confident that it was organized by the US-British intelligence agencies on the order of the «seven sisters.»

Some Italians have already taken the new money as a tool to fight imperialism in Brussels.

BOT can blow up the Eurozone and Italy

The Italian Parliament is already preparing a bill to introduce the Mini-BOT in the country. Experts believe that this is done in order to force Brussels to abandon its sanctions against Rome (fines and direct management of the budget process). Scenarios of possible further developments in Rome-Brussels relations are already being discussed, the option of success in the implementation of the Mini-BOT project is being calculated. There is no doubt that in this case the project will become a contagious example for some other eurozone countries in dire straits, primarily for Greece, Portugal and Spain. Euro positions will weaken.

A Bundesbank warned in a recent review that if Italy withdraws from the eurozone and defaults on its debts to the ECB (and the new Italian government has already threatened such a default), a domino effect and similar defaults may arise in Spain and Portugal. As a result, the ECB’s balance sheet generates a hole of about a trillion dollars, for the elimination of which you will have to put all your own capital, as well as to withdraw significant amounts from the central banks of the eurozone.

Of course, there is opposition to the BOT project in Italy itself. Against the new financial instrument, in particular, the Minister of Economy of Italy Giuseppe Tria.

Italian Prime Minister Giuseppe Conte, who is constantly in conflict with representatives of Euro-skeptics (both the League and the Five Stars), directly threatened to resign if the BOT project is approved by parliament. This will mean the collapse of the government and the re-election, which not all coalition members agree to. In general, this summer, Italy, apparently, will be the epicenter of instability in the eurozone and the entire European Union.