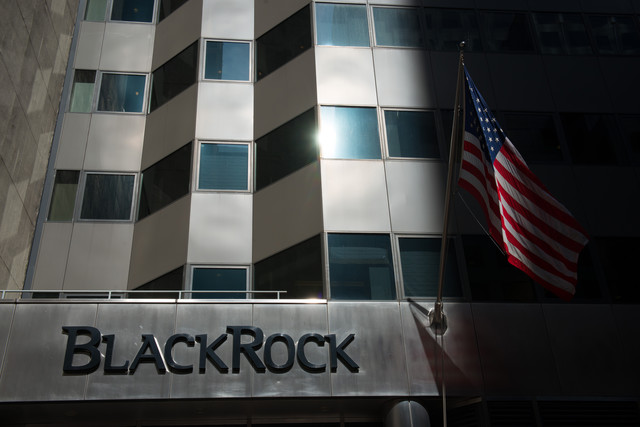 …BlackRock (BR) is an international investment company headquartered in New York (USA). At the end of 2013 it had $4.57 trillion in assets under management. By mid-2014, those assets had grown to $4.77 trillion. Some experts believe that BlackRock controls more assets than any of the other Big Four firms.

When it comes to meetings that determine the trajectory of global development, the first half of June was a busy time. The G7 Summit was held in Bavaria, and theBilderberg Club conducted its annual meeting next door in Austria on June 14. Many of the participants in that club’s meetings carry more weight than the presidents and prime ministers from the Group of Seven. We know that each year, the presidents and chairmen of the boards of directors of banks and corporations with impressive brand names like JPMorgan, Goldman Sachs, Morgan Stanley, Deutsche Bank, Lizard, Banco Santander, HSBC, Royal Dutch Shell, British Petroleum, Alcoa, Google, etc. all meet as part of that club. Those brands are household names, and there is no denying the economic and political influence these banks and corporations wield all over the world.

But some attendees of Bilderberg Club meetings represent organizations whose names mean little to the public. But that’s not because those organizations are less influential than Goldman Sachs, HSBC, or Royal Dutch Shell. On the contrary, their impact is often even greater, although they avoid the limelight. And that’s true, not only during meetings of the club, but also in everyday life. Organizations like this are rightly known for working «behind the scenes».

In particular, Philipp Hildebrand, a vice chairman at BlackRock, made his appearance as one of the 140 participants at the meeting in Austria. Philipp Hildebrand is a man «widely known in narrow circles». A glance at his track record shows that in the past he has held positions such as IMF director for Switzerland, chairman of the Governing Board of the Swiss National Bank (SNB), director of the Bank for International Settlements (BIS), and so on. And now he is a vice chairman at this little-known organization called BlackRock. But I would suggest that Blackrock’s influence is every bit as significant as JPMorgan, Goldman Sachs, and Morgan Stanley put together. In the past I have written that BlackRock is one of the Big Four — a group of huge financial holding companies that control many sectors of the economy in the US and abroad. Other members of the Big Four also include: the Vanguard Group; State Street Corporation; and FMR Corporation (Fidelity). Here is a brief sketch of BlackRock.

The company’s very name, «black rock», is probably intended to convey an image of strength and solidity. In a recent article titled «The Wars of Wall Street» (May 13, 2015), Russian strategic analyst Elena Larina wrote: «…behind every well-known bank on Wall Street stand even more powerful and unregulated institutions. Those are asset management companies. The biggest and most mysterious of them is the BlackRock corporation headed by Larry Fink. Currently it manages assets — the vast majority of which are stocks — worth more than $4.5 trillion. Just one figure — $36.5 trillion — gives an idea of the extent of the firm’s predominance, and that number is slightly less than the capitalization of this company that is included in the S&P 500, meaning that BlackRock controls a significant part of corporate America».

BlackRock (BR) is an international investment company headquartered in New York (USA). At the end of 2013 it had $4.57 trillion in assets under management. By mid-2014, those assets had grown to $4.77 trillion. Some experts believe that BlackRock controls more assets than any of the other Big Four firms.

BlackRock is the youngest of the Big Four, founded in 1988. It has literally only been in the market for a quarter century, but has soared to heights beyond the reach of other companies. The company has a global presence, with 21 investment centers and 70 offices in 30 countries and with clients in 100 countries.

And unlike the family-owned FMR, BlackRock is a public corporation with shares traded on the stock exchange. The principal owners of BR, if one can trust Wikipedia, are Bank of America (34.1 %), PNC Financial Services (24.6 %), and Barclays PLC (19.9 %). But that information is likely out of date. NASDAQ claims that as of Dec. 31, 2014, BR’s biggest shareholders (share capital, %) were: PNC Financial Services – 20.98; Norges Bank Investment Management – 7.15; Wellington Management Co. – 6.38; FMR – 4.16; Vanguard – 3.89; State Street – 3.43; and BlackRock Institutional Trust Company (BRITC) – 1.98. In additional to institutional investors, mutual funds also hold shares of BlackRock, as is typical. Almost every member of the pantheon of the Big Four is included in the top ten of these funds (six from the coterie of Vanguard, two from FMR, and another two have to be looked at separately).

The biggest institutional shareholder is PNC Financial Services — an American financial company with $345 billion in assets at the end of 2014 and headquartered in Pittsburgh. But when we look at who owns PNC Financial Services, it appears that its five largest institutional investors include three of the Big Four. That would be Vanguard, State Street, and BlackRock Institutional Trust Company (BRITC). The last of these companies is a division of BlackRock — part of its empire.

And the third largest institutional investor — Wellington Management Co. — is very closely linked to another member of the Big Four, the financial company Vanguard. Perhaps the only one of BR’s institutional investors that is relatively independent of the Big Four is the company Norges Bank Investment Management — a specialized division of the Norwegian central bank, which is responsible for investing the Pension Fund of Norway in the financial markets.

Individual shareholders, primarily those who serve as the company’s senior managers, also invest in BlackRock. The five biggest individual investors own shares equal to 1.16% of the company’s capital (as of April 2015).6 The key figures in BlackRock’s management are: Laurence D. Fink — founder, chairman, and CEO; Robert S. Kapito — founder and co-president; Charles Hallac — co-president; and Susan Wagner — founder and member of the board of directors.

It is worth noting that BlackRock has the smallest staff of any of the Big Four companies – numbering only 11,500 (in 2013). That works out to over $400 million in managed assets per BlackRock employee. That figure is beyond the reach of other companies and organizations in the American financial sector.

Like the other Big Four companies, BlackRock owns a capital stake in the leading banks on Wall Street. But the company also has an appetite for European banks. In December 2009, BlackRock purchased Barclays Global Investors for $13.5 billion. As we see, BlackRock has a very intimate relationship with Barclays bank. That bank, by the way, took first place in a ranking created by the Institute of Technology in Zurich. The Rothschild-led Barclays Bank also held some staggering positions during the global financial crisis.

Suffice it to say that in 2007, Barclays was the biggest institutional investor in some key Wall Street banks, such as Bank of America, JP Morgan Chase, Citigroup, and Bank of New York Mellon. Plus, Barclays was the second largest institutional investor in the US bank Wells Fargo. Incidentally, Barclays also held strong positions in many non-US banks. It is worth noting that BlackRock was as a major shareholder in those same banks as well (although not as significant a figure as Barclays). It could also be seen that BlackRock and Barclays seemed to work in tandem, but their codependence was not easy to establish.

It can be difficult to figure out which end is the dog and which end is her tail and who is controlling whom. Is Barclays directing BlackRock or is BlackRock running the bank? But most experts are inclined to believe that it is BlackRock that is dominating the famous Barclays bank, which has always been associated with the Rothschild family. Therefore, a correction can be made to the Swiss rankings, in order to take into account BlackRock’s purchase of Barclays. The Swiss list of top ten companies did not previously include BlackRock, but now it can be added with confidence. If BlackRock assumes Barclays’ place, that will put it right at the top. The company is very influential, publishing the credit ratings of countries all over the world. According to its January 2013 rating, the most creditworthy country is Norway, followed by Singapore, Switzerland, Sweden, and Finland. BlackRock awarded the United States only 15th place.

Of course BlackRock’s interests are not limited to banks. It buys shares in a wide spectrum of industries in different parts of the world. We have talked about how Fidelity owns a 7% stake in the world-famous company Google. And the second largest investor is BlackRock with 5.7%. NASDAQ provides information about the investment activity of several major divisions within the BlackRock financial holding company: BlackRock Group Ltd. (BRG), BlackRock Institutional Trust Company (BRITC); and BlackRock Fund Advisors (BRFA). See table 1.

The investment activities of BlackRock’s financial holding company (as of Dec. 31, 2014)

Here’s a guide to BlackRock’s investments in US banks (table 2). As we see, the financial holding company is involved with all of the Big Six Wall Street banks.

And so, many banks and companies that are represented at the annual meetings of the Bilderberg Club, are, to a greater or lesser extent, dependent on BlackRock. If Philipp Hildebrand spoke at the current conference, then I am sure the other attendees listened to him with particular attention and respect. For this reason, one of the best-informed people in the world, former Fed chairman Paul Volcker, once called BlackRock the most powerful financial corporation in the world.