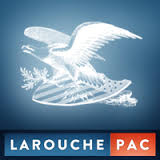 A Russian website, Strategic Culture Foundation, in a series of articles under the authorship of Valentin Katasonov, lays bare the deep involvement of the drug cartels with the banks and other legal sectors of economy. Although the article does not acknowledge the original findings of this network in 1979 by the EIR’s book Dope, Inc., it is evident that Dope, Inc. is the author’s principal source. What is important to note, however, is that among all major nations around the world, it is only in Russia that the drug-related criminalization of international banks is openly discussed.

Katasonov says the present-day drug mafia includes three hierarchic levels. Level 1 constitutes of those groups who are positioned at the initial point upstream and at the outlet point downstream of the drug supply chain. Level 2 groups handle the wholesale drug supply. The groups of this level are traditionally referred to as drug cartels and syndicates, and their heads as drug lords. Level 3 groups have no direct contact with drug supplies. Banks, secret services, and media are the main institutions comprising this level in the drug mafia hierarchy. All of them are completely legal from the standpoint of status, Katasonov noted.

In the section subtitled «The History of Merger between Banks and Drug Cartels,» the author says the merger between banks and the drug-supplying groups began roughly four centuries ago. In Great Britain, the alliance comprised the British East India Company to which the government issued an exclusive license for opium trade in India and other British colonies and the first British banks including the Bank of England, Barings Bank, and the Rothschild London Bank.

Katasonov points out former UN Undersecretary General and Executive Director of the UN Office on Drugs and Crime Antonio Maria Costa outlining in an interview the key phases of the formation of the alliance between banks and the drug mafia in the post-war era. The article says the present phase of the merger between banks and drug cartels took off roughly a decade ago and was manifest in an unprecedented synergy of the two systems. A few years later—let’s say in 2002 and 2003—the first crisis hit, the IT bubble burst—and the banking system, which had spread enormously because of globalization, started to be infiltrated again by criminal assets. Namely, the anti-money-laundering controls which worked very effectively in Europe and North America in the 1990s, were weakened significantly in a number of off-shore jurisdictions. This started a new cycle of penetration of crime money, says Costa. Citing the famous case of the Wachovia Bank, the article says banks seek out money globally and offer to drug lords the services in the form of whitewashing cash and investing it in legal sectors of the economy. The drug cartels, in turn, regard the banking sector as a priority investment niche.