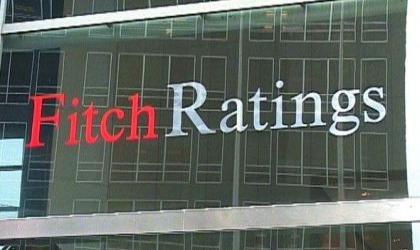 At the beginning of 2015 economic ratings given to Russia’s economy appeared in the West to cover the previous year, offer the forecasts for the current year and even for the period of 2016-2017. The ratings were presented at the World Economic Forum (January 21-23). Summing them up one can conclude that they look more like politically motivated decisions than economic assessments. It all boils down to one thing – Russia will face a deep economic crisis in the next two-three years. At the same time the leading rating agencies revised the ratings of the whole Russia’s economy and its largest companies, banks and regions.

On January 9, Fitch Ratings downgraded Russia’s Long-term foreign and local currency Issuer Default Ratings (IDR) to ‘BBB-‘ from ‘BBB’. The abrupt fall of rouble and oil prices, as well as interest rates hiked to 17% by the Central Bank, were among the reasons to justify the decision. Fitch emphasized that Western sanctions negatively affected the Russian economy, including the ban on refinancing the Russian corporate debt by Western banks. On January 13 Fitch rating agency downgraded the ratings of 13 Russian companies, including Gasprom, Lukoil and Russian Railroad Company. At the same time it was reported that Standard & Poor’s, another world rating agency, could soon downgrade the Russia’s sovereign rating to «junk» status. Moody’s, one more agency of the Big Three group, is also expected to join in the virtual game of Russia’s downgrading.

These events have been on the radar screen for the third consecutive week. At the same time there is one more news related to the world rating agencies which has not received due public resonance. The Standard & Poor’s agreed to pay almost $80 million as compensation to state and federal authorities and settle government investigations started a few years ago. The story goes back to 2007-2008 when a financial crisis hit the United States. It became known that S&P greatly contributed into sparking the crisis. The credit rating agency was alleged to have bent criteria to win business. It gave the highest ratings to mortgage-backed securities blowing the mortgage market bubble. The bubble’s burst provoked the gravest financial crisis in all sectors of American economy to make it spread around the world. It has become known today that the mortgage securities were «junk» in 2007-2008 but S&P turned a blind eye on it.

The United States authorities did not notice the special role the agency played to trigger the crisis. Why did they wake up so late? They could have not opened their eyes at all were it not for the circumstance that the clouds started to gather over the US economy in 2011. The West hardly had time to bounce back after the financial crisis of 2007-2009 when all signs of the second wave of the crisis became visible. What should rating agencies do under the circumstances? Should they pretend nothing is happening and give the highest ratings to the US economy? Or think about their reputation and warn America about the imminent threat? Standard & Poor’s took a judgment worthy of Solomon: it downgraded the US rating one notch down. It has happened for the first time in the history of America and the rating agencies though common people did not pay attention. US media outlets shied away from bringing the issue into spotlight. At that the S&Ps decision was a real scoop for professionals. For money bosses (the same people who rule America) the decision was a brazen act the agency had to be publicly punished for. The US law enforcement and financial control agencies were alerted. All of a sudden their memory was back and they all started to talk about the fact that Standard & Poor’s shamelessly inflated the mortgage securities ratings. To put it simple, the agency was involved in a foul play on stock market. Those who followed the events remember that at first they even wanted to close S&P (there were angry voices heard in Congress). The alternative proposal envisioned a fine of $6 billion (enough to drive the agency to bankruptcy).

The S&P displayed deep repentance and promised to make amends. For some time the agency behaved perfectly giving America the highest ratings. Even at the time of budget crisis in the fall of 2013 when America went over the fiscal cliff to live two weeks without budget funds (the 2014 fiscal budget was not approved while Congress held debates over the debt ceiling). If something like that happened in Russia, the country’s economy with all its mines, railroads, factories, plants and oil pipelines would be downgraded to «junk» rating.

The agency’s diligent behavior presupposed giving extremely low, or even «junk» ratings to the countries which had problems with democracy. Actually they were the ratings of political loyalty to Uncle Sam. They had no more relation to economy or finances then weather forecasts to Dow Jones indexes. The agency showed it could easily turn black into white and vice versa. In return it got a huge discount off the fine it was threatened with. The top rating firm will pay about $58 million out of $80 to the Securities and Exchange Commission – SEC and an additional $12 million to New York and $7 million to Massachusetts attorneys generals to settle the matter. It’s nothing in comparison with what Wall Street banks and some European banks operating in America (according to experts’ estimates, the sum has exceeded $100 billion – not a bad business for US finance regulatory system) paid as fines and compensations before and during the financial crisis of 2007-2009.

«Investors rely on credit rating agencies like Standard & Poor’s to play it straight when rating complex securities like CMBS (Commercial mortgage-backed securities),» said Andrew J. Ceresney, Director of the SEC Enforcement Division. «But Standard & Poor’s elevated its own financial interests above investors by loosening its rating criteria to obtain business and then obscuring these changes from investors. These enforcement actions, our first-ever against a major ratings firm, reflect our commitment to aggressively policing the integrity and transparency of the credit ratings process». These words are a SEC warning to two other rating agencies to make them remember that they should swim with the tide and dance to the tune of «money bosses» carrying out the instructions given by the White House and Congress.

The important role played by world rating agencies in provoking the world financial crisis is an open secret since a long time ago. It’s enough to go through the reports on G7 and G20 summits as they discussed the ways out of financial crisis. The three world rating agencies were openly blamed for what happened. Quite reasonably the following specific features were emphasized:

1) They are private organizations. There is a risk that the owners may profit from ratings;

2) The calculation procedures are not disclosed, the mechanism of assigning ratings is not transparent;

3) No government agencies effectively check and control their activities;

4) The agencies greatly depend on the organizations they rate because they pay for their services;

5) All the three agencies are under the US jurisdiction what inevitably influences the ratings related to US economy and US financial markets;

6) The world rating agencies have made many mistakes putting in doubt the very expediency of using their ratings in future for taking decisions on investment policies and other issues related to finances;

7) The status of the agencies themselves and the ratings assigned to countries and companies does not envision any responsibility, it’s almost impossible to bring them to court;

8) Not only the calculations but also the system of ownership is not transparent: the agencies operate as private corporations and it’s hard to make clear who is the final owner or beneficiary;

9) The agencies of the Big Three monopolized the market of ratings (90-99% of the market); the Big Three operate as a global cartel but the anti-monopoly services of different countries somehow turn a blind eye on it;

10) The economies and companies of the countries that refuse the services of the Big Three get «junk» ratings – an egregious example of blackmail and pressure. They even coined the term «rating racket».

The proposals to put things in order were voiced during the G7 and G20 summits. A wide range of measures was offered for consideration, including:

– to eliminate the Big Three agencies because they absolutely discredited themselves during the crisis and, if need be, investigate their role in provoking the crisis;

– to put the agencies under the control of individual states and/or international organizations;

– to adopt he system of «double ratings» (a country or a company gets ratings from two independent agencies);

– to create a national agency in every country with its ratings prevailing over others (the ratings of foreign agencies becoming of second importance);

– to make methods of making calculations transparent and understandable;

– to make private rating agencies open the information on their structures and «final beneficiaries». The transparency should be mandatory;

– to ban any affiliated connections between the agencies and companies, banks and other entities operating on financial markets.

Five years have passed since the dust settled after the first wave of financial crisis. The United States managed to avoid the second wave thanks to quantitative easing (flooding America economy with the production of Federal Reserve System’s printing-press).

I am writing about the 5 year-old conclusions and recommendations regarding the «Big Three» activities because it is related to the Russia’s sovereign ratings made public this January. The ratings cannot be taken at their face value because they have nothing to do at all with the real state of Russian economy. The «Big Three» ratings are a weapon of economic war unleashed against Russia in March 2014. It’s an instrument of psychological pressure. They are planned as self-fulfilling forecasts. To neutralize the effect of this weapon the ratings should not be given too much attention. And one should know the first thing about it before picking up the topic. My assessments of the world rating agencies’ products are easy to understand. I believe they are nothing else but the results of manipulations, cheatings, falsifications, racket, the instruments of sanctions, the activities of world cartel, conspiracies and subversive activities.

The rating agencies (or to make it more precise – their bosses) have no mercy for anyone. They are not used to destroy Russia only. They are designed to destroy the whole world, including the United States. Honest American economists are sure that Americans will have to step on the same rake and face the same situation the world rating agencies created in 2007-2008. Some time ago well-known New York-based American economist Max Fraad Wolff said, «American rating agencies Moody’s, Fitch и Standard&Poor’s have basically a stranglehold on deciding how credible their various followers were and historically there has a been a pattern or at least accusations, sometimes perception, that all being American these companies tend to have…or share some of the biases of the American government and at some point we’re going to need a greater diversity of opinion… If anyone is going to pull it off – it’s an international consortium with the countries like Russia and China in it».