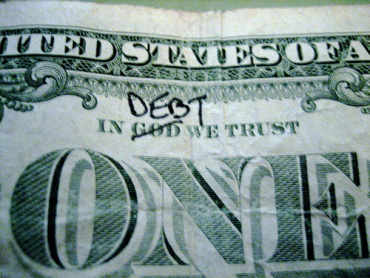 Global debt and its main components between 2000 and 2014

Between 2000 and 2007, global debt grew by USD 55 trillion. Over the next period, it grew by USD 57 trillion. While the first period falls within the lead-up phase to the global financial crisis, the second period falls within the crisis itself, the exit from it and the period of temporary stability. As is known, the 2007-2009 global financial crisis was triggered by a sharp rise in global debt. In 2000, the debt level was 246 per cent of global gross domestic product (GDP), but by the beginning of the financial crisis in 2007, according to McKinsey, it had already risen to 269 per cent of GDP. During the second period (2007-2015), the increase in global debt in absolute terms even exceeded the increase during the first period (USD 57 trillion as compared to USD 55 trillion). At the same time, global debt rose to 286 per cent of global GDP. All this is viewed by the report’s authors as worrying signs of an imminent second wave of the global financial crisis.

The authors of the report consider the main components of global debt to be government (public) debt, household debt, the debt of non-financial institutions (corporate debt), and financial sector debt. In 2014, public debt accounted for the most, corporate debt was second, followed by financial sector debt and then household debt. It is interesting that between 2007 and 2014, public debt had the highest growth rate (Table 2). The average annual growth rate of this debt was 9.3 per cent, or an absolute growth of USD 25 trillion. In contrast, the growth rates of household debt and financial sector debt seem rather modest. Interestingly, during the previous period (2000-2007), the rise in global debt was largely accounted for by the financial and household sectors. When comparing the data, the report’s authors come to the cautious conclusion that the current rise in global debt could lead to consequences different from those that brought about the first wave of the 2007-2009 global financial crisis.

For the US and China, the leaders of the world economy, debt levels were even slightly lower than the worldwide average at 269 and 282 per cent respectively. In absolute terms, China’s total debt in 2014 was USD 28.2 trillion, which accounted for 14.2 per cent of global debt. It is clear that the debt situation in countries like the US, China and Japan, as well as a number of European countries, could have a significant impact on the world’s financial and economic situation.

It is noteworthy that the debt levels of ‘golden billion’ countries (so-called economically developed countries) are significantly higher than those of the majority of developing countries.

There is a strange pattern in the debt statistics of various countries: the higher a country’s debt level is, the higher its credit and investment ratings are according to agencies like Standard & Poor’s, Fitch, and Moody’s. And conversely, countries with low and even junk ratings by the ‘big three’ rating agencies, with some minor exceptions, have relatively modest debt levels. The authors of the report do not pay much attention to this pattern. But with regard to the scandal surrounding Russia’s junk rating in January 2015, the McKinsey report vividly illustrates the objectivity of the big three’s ratings. While Argentina, the country with the lowest amount of debt according to the McKinsey report, is currently on the brink of default.

On the whole, the authors of the study are forced to acknowledge that the decisions taken at the height of the 2007-2009 financial crisis regarding the containment and even the reduction of certain types of debt (public, corporate, household, and financial sector debt) have remained wishful thinking. Of the 47 countries included in the study, only eight have managed to reduce the relative level of total debt (Table 3).

Particularly noticeable is the fact that economically developed countries far outstrip developing countries when it comes to the growth rate of total debt, with the exception of China, Singapore, Malaysia and Thailand. The increase in the relative level of total debt for these four countries exceeded 50 percentage points.

Russia’s total debt between 2007 and 2015 increased by 15 percentage points, from 73 to 85 per cent of GDP. The growth of individual types of debt in Russia equalled (percentage points): public debt – 3; corporate debt – 9; household debt – 7. Financial sector debt over this period fell by 4 percentage points.