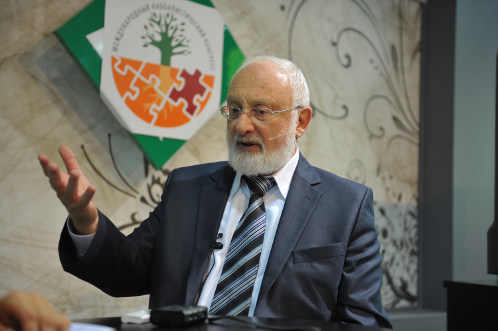 Opinion (Valentin Y. Katasonov, economist, Professor of Moscow State Institute of International Relations, Chairman of the Russian Economic Society): “I see in the plans of Europe’s transition to a negative interest the signs of overhaul of the entire banking system of usury capitalism.

“Negative interest rates on bank deposits is the evidence of the halt of the economy, which has ceased to grow, without getting any credit support by banks and diversion of money from the real economy to the financial markets. Banks are parasitized by the wealth accumulated by humankind and through the real sector of economy. …

“Today, the parasite has exhausted almost all the juice out of its victim and is on the brink of life and death. The traditional (economic) methods of parasitism are ceasing to work. We are witnessing (and to some extent becoming the participants of) the transition of the world to another financial and economic model. So, much more serious events might follow after the introduction of negative interest. For example, there might be a decision adopted by bankers to “bring to zero” all the financial assets and liabilities on a global scale.

“In the new model, the role of money will decline sharply, and their functions will be different than they are now. There could be the establishment of a rigid dictatorship of world bankers, i.e. the use of direct violence with the aim of turning people into bankers’ slaves. It is obvious that in a slave society, the role of money is minimal; slaves do not need it, and bankers do not need much money to meet their personal needs. The “golden million” will be served by the “dirty billion.” Several billion people on the planet do not fit into the bankers’ plans (or rather, they fit into the plan for global genocide). …

“Civil conflicts (and even wars) will inevitably arise as a result of opposition to the dictatorship of the bankers. … First, we need to understand: the negative percent is a harbinger of major changes and upheavals in the world.”

My Comment: One thing is certain: We are witnessing the end of egoistic development of humanity and its transition to the new socio-economic system—the integral society of the “last generation.”