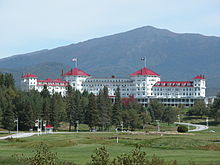 Why 70 years ago, the Western world has agreed to submit to the authority of the dollar

70 years ago, on 1 July 22, 1944, less than a month after the opening of the Second Front and almost a year before the end of the Second world War in the quiet American resort town of Bretton woods international conference was held, which was attended by 44 countries. The conditions in which were many countries were far from the resort.

the Conference was complicated name — «the Reform of the traditional gold standards of national currencies» and was officially announced under philanthropic idea: say, war-torn world is absolutely necessary in a single world financial system that led mankind to prosperity and welfare. In fact, the main words were «gold» and «national». Agreement signed on the results of the conference, in fact, did the national currency dependent on the dollar and were a step in the creation of the world, noisy and the inevitable collapse of which we have long been predicting.

the Delegation of the USSR, headed samarkola foreign trade MS Stepanov signs agreements, but in December 1945 TALENTKAPITAL to ratify them. What was behind this refusal and for «good» intentions of the USA — the country whose project postwar financial world order was eventually adopted?

— the fact that such conferences not a spur of the moment, they prepare ahead of time, sometimes for years, for decades, » says doctor of economic Sciences, Professor, MGIMO, Chairman of the Russian economic society to them. SF Sharapova Valentin Katasonov. — Note: the Bretton woods took place in 1944, and the Yalta and Potsdam conference is already in 1945. That is, in the beginning laid the financial Foundation, and then began to solve the problems of the political superstructure.

American party was headed by Morgenthau and white, English delegation was headed by Keynes, the British also had a plan of a post-war. But at such meetings not always work force of arguments, and arguments power! They lay in the fact that Europe and England is in shambles, and the US — enlarged their potential, focused 60-70 % of the world’s gold. Therefore, adopted the American project of a post-war, and was formulated agreement, which recorded a balance of power, formed as a result of WWII. Because in 1944 was already clear who the loser, who is the beneficiary. Britain with his pound loses its position as an international financial centre. This place came to the U.S. and the dollar.

SP — That is, the Bretton woods system of fixed defeat of Britain and the emergence of a new leader — the USA? The final chord of the financial bout?

— Yes, but this confrontation lasted from the beginning of the twentieth century by formal economic indicators the U.S. surpassed Britain, but the pound so easy to surrender their positions were not going. It took two world wars to the us dollar could be placed on the pedestal.

against UK Americans has achieved its goal. (The only thing they didn’t take into consideration is the fact that the Soviet Union will not be a loser and a winner.) Further, in the framework of the Bretton woods system, they began to dismantle the currency area of the pound sterling is under a beautiful slogan of decolonization. The Soviet Union, of course, supported the struggle against colonialism, partly because in some countries we were able to establish its influence, but most of the debris of the colonial system in the UK has captured the US, and this is the politics of neo-colonialism!

SP — Propability trend sees the conference as an absolute boon. He could not, like, European countries do without US, and this kind of system after the war. And if you explain the meaning of «good»?

— the Bretton woods conference recorded the gold-dollar standard: the dollar was tied to gold through the commitment of the United States to change a green paper on the yellow metal. Who is satisfied with such a standard? Those who have gold! And he who has the gold? Conditionally speaking, the Rothschilds — names-it may be different, but it’s about a group of world financial oligarchy that controls most of reserve gold.

— All multi-stage settlement system had only one goal,- says Dmitry Surzhik, member of the Center for the study of war and geopolitics, — accumulation in the United States yellow metal from the countries-winners and winning the dollar unprecedented situation the only hard currency for international payments. That is, the United States pumped from devastated by the Second world war countries gold, offering them hope to obtain dollars for the development of own economy. If the country did not have the necessary amount of dollars, it was offered to exchange gold for dollars at a fixed rate us $ 35). per ounce. Thus, the US dollar was tied to gold, and the exchange rate of other currencies to the dollar. Hence, consolidated financial domination of the USA and over the European countries, and over their colonies.

SP — So, if the Soviet Union had accepted these agreements, then, roughly speaking, from the destroyed country would have to take out tons of gold? And all in ruins…

— exactly! If the Soviet Union ratified these agreements, he had to transfer to the newly established international institutions 2 400 million dollars! And still — considerable part of gold. Stalin as a strong Manager it just couldn’t go! It has remained unknown prospects to obtain any funds from these institutions in our country. If Roosevelt was still possible to hope for any constructive dialogue, then under his successor, Truman those hopes was gone. Thus, giving his gold, Stalin had to rely on in the reconstruction of the country, mainly on their own strength.

— Indeed, Stalin began to build its parallel international system, — says Valentin Katasonov. — This little now says! All that evoked the wild hatred of the world financial international, because, first, they were not able to control our country, could not use these huge space.

And secondly, as the USSR was an example that corny allowed to compare! And in 40-50 — ies of the ideological influence of the Soviet Union American. And on the same Bretton woods conference were many people who sympathized with the Soviet Union and wanted to cooperate with him. But after the war, life was left by Roosevelt, whom Stalin had a trusting relationship, came to power Truman — and began the Cold war, economic blockade, and everything went quite different scenarios. But as it went as it went! In 1945 it was possible to think — to ratify-not to ratify it… And when you declared the Cold war — there is nothing to think about!

SP — Bretton woods system in the 1970s was reorganized into the Jamaican system. But it did not save the world from the prolonged crisis which is still ongoing… What is Russia’s position? As rhymes appeared resolute foreign policy with the complete subordination of the economy?

— I do not see any positive steps on the part of authorities in the area of economic policy. Let us not flatter ourselves. Absolutely no… unfortunately! We must clearly understand that if we keep the system of oligarchic capitalism, are we doomed to what we will lose all things.