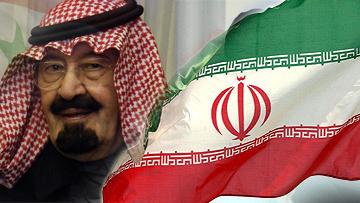 Recently there has been much discussion in the media about the apparent diplomatic rapprochement between the U.S. and Iran and the simultaneous worsening of relations between the U.S. and Saudi Arabia. And increasingly frequent mention is being made of the 1913 creation of the U.S. Federal Reserve System; December will mark its 100th anniversary. In my opinion, the coincidence of recent events in the Middle East and the upcoming centennial of the Federal Reserve is very symbolic.

Without examining the full range of causes of the nascent thaw in relations between Washington and Tehran, I will attempt to explain the financial and monetary side of these events. American-Iranian relations after World War II were extremely close and friendly. However, after the 1979 overthrow of the Shah, who pursued a pro-American course, everything changed. Over the course of recent decades, American-Iranian relations have been at best strained, and often overtly hostile. Until recently Washington has tried to bring Tehran under its control using, among other things, economic and financialsanctions. Over the past decade sanctions have been introduced in the name of opposing the Iranian nuclear program, which is supposedly aimed at creating a nuclear weapon. Iran has been existing in the conditions of American economic sanctions for many years. They do, of course, make life difficult for the Islamic Republic, but it has to some extent learned to adapt to these conditions. A key aspect of the unilateral sanctions imposed by Washington is blocking Iran’s transactions with other countries in U.S. dollars; since all large transactions are non-cash, they go through the American banking system. Tehran’s reaction to this sanction was to switch to using primarily the euro in transactions for shipments of its oil and other goods. In response Washington clamped down even further by pressuring its allies in Europe. First, it demanded that they stop buying Iranian oil. Second, it demanded that European banks be prohibited from handling transactions in euros with Iran. Washington’s European allies to a significant degree gave in to U.S. demands. Iran’s reaction was to reorient its oil exports on other countries, first and foremost India and China. And they began conducting transactions not in dollars or euros, but in rupees and yuans. At the same time Iran started using gold in trade with Turkey and some other countries. They also remembered a tried and true kind of trade that enabled them to do without currency: barter.

Washington suddenly realized that in imposing sanctions on Iran, it was cutting off its nose to spite its face. Sanctions against the IRI caused Iran and its trade partners to stop using the U.S. dollar in their foreign trade transactions. Washington’s sanctions mainly helped its geopolitical rival, China, or its currency, the yuan, to be more exact.

Washington wanted to resolve this new problem through force by conducting a quick and victorious war against Syria, and then deal with Iran using military methods. However, Washington’s military plan was wiped out in September of this year (mainly thanks to Russia’s firm and consistent position). To give Washington its due, it showed great flexibility and mobility in this situation; it went from confrontation with Tehran to rapprochement. Here it must be emphasized that all the talk about Iran’s nuclear program are to a great extent only a cover for Washington’s true goals. Its true goals boil down to an attempt to effectively control the Middle Eastern region. Iran is a key state in this region. Several years ago the desire to control the Middle Eastern geopolitical space was mainly dictated by reasons connected with oil and natural gas. Today, what with the «shale revolution», energy concerns have gone by the wayside for Washington, while financial concerns have come to the foreground. Washington is trying to preserve the petrodollar standard, which has been in existence for almost forty years. The foundation for thepetrodollar standard was laid right there in the Middle East, when Saudi Arabia and other countries in the region signed special agreements with Washington in the 1970s in accordance with which they were to sell hydrocarbons exclusively for U.S. dollars. Today not all countries abide by these agreements, but Tehran began to behave especially provocatively when it began selling oil for yuans, rupees and other national currencies besides U.S. dollars and euros; exchanging oil for gold; and using barter arrangements.

When it started an active dialog with Tehran, Washington ran up against a sharp negative reaction from Riyadh. I would like to point out some possible consequences of this conflict. Saudi Arabia could very soon end up in the same situation as Iran was in the past: sanctions could be imposed against Riyadh. One can anticipate Riyadh’s reaction in this case; it will try to avoid transactions in U.S. dollars by switching to other currencies. It may also use such time-tested instruments as gold and barter. The next move will be Washington’s, and it will be a forceful one. Washington will try to gain control over Riyadh by military means and force it to abide by the forty-year-old agreement (conduct transactions exclusively in U.S. dollars).

The U.S. has become a hostage of its own involvement in Middle Eastern affairs; in trying to pull one foot out of the swamp (reestablishing relations with Iran), it has found that the other foot has gotten bogged down (relations with Saudi Arabia have become more complicated). And it is unknown whether the Americans will be able to achieve the main goal for the sake of which they started the rapprochement with Iran, that is, whether Tehran will go back to using the American dollar for its international transactions instead of the yuan and the rupee. That is unlikely. Tehran will temporize, but wild horses couldn’t drag them back into the dollar system.

The once-solid Middle Eastern foundation of the petrodollar standard is turning into a quaking bog before our very eyes… Events in the Middle East are an indicator that the U.S. dollar is in its death throes. It is worth noting that all this is taking place on the eve of the 100th anniversary of the creation of the Federal Reserve System. If the dollar collapses, the Fed’s printing press will become worthless junk. Nothing will be left of the Federal Reserve but a facade. It cannot be ruled out that the Fed will not survive long after its centennial, and it could be from the Middle East that its demise will come.