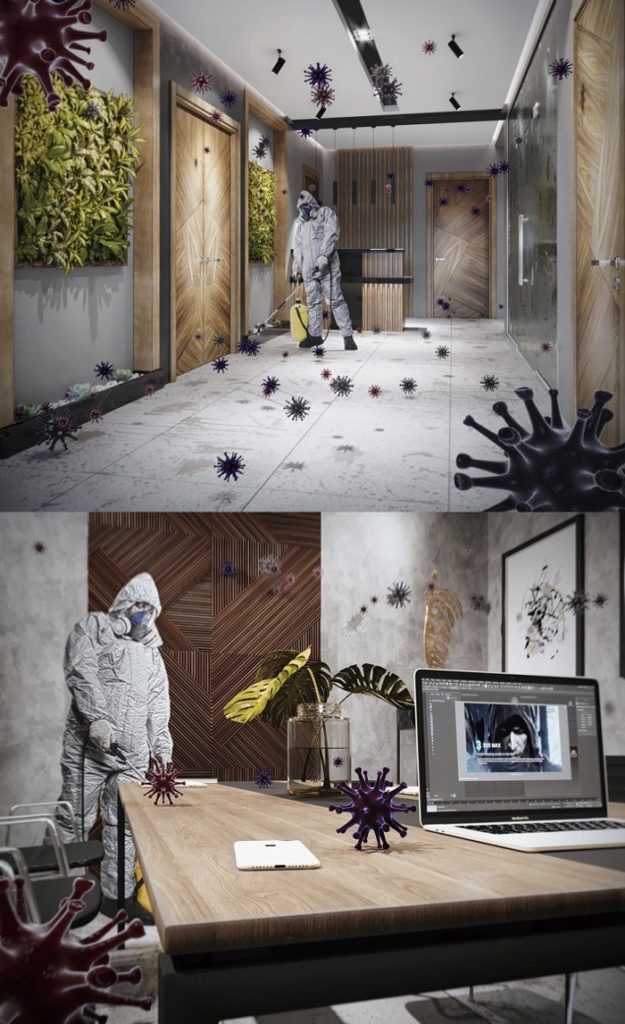 “….the coronavirus mortality accounted for 0.14%, which is fully consistent with the seasonal influenza mortality rates including the estimates made by many experts.”

The so-called Coronavirus or COVID-19 story of a global pandemic continues to go mainstream across the world; the politicians, statesmen, and businessmen inclusive of the general public are all getting so excited about the theme. Early in the year, WHO and other UN institutions and major world media alerted the race of man to the impending terrible threat of the COVID-19 virus, and that included potential mass mortality akin to the plague or cholera resulting from the epidemics in the Middle Ages.

Therefore, I would like to remind you of some events unfolding at the beginning of the year. On March 11, 2020, the World Health Organization declared the worldwide outbreak of the Coronavirus epidemic that had been initially recorded in China. The communication focused on the global threat that warranted taking emergency response measures since the pandemic evolved from the epidemic. To cast away the doubts, the World Health Organization posted its mortality estimates attaching to the Coronavirus within the range of 3.4% of all victims infected with COVID-19 and doomed to die.

These predictions encouraged the most inquisitive domain experts to probe into the expected deaths in terms of absolute numbers of loss of human life statistics. Their calculations assumed that viral epidemics (SARS and seasonal influenza) would infect about half the population. Today, the population of the planet totals 7.8 billion people; therefore, about 3.9 billion people should be infected, accordingly. Where the WHO’s mortality rate is applied, the death toll of the pandemic should be 132.6 million or rounded to 133 million people kicking the bucket. These numbers are commensurate with the population of such countries as Russia (146 million), Mexico (127 million), and Japan (126 million). The WHO projections beat by orders of magnitude the numbers of the Spanish flu pandemic of 1918, which raged across the world a century ago and killed an estimated 50 to 100 million people, according to various estimates.

WHO failed to clearly opine about the timeline of the pandemic duration during which the death would claim the lives of the unfortunate 133 million people. One of the WHO officers stated that the “pandemic” would continue throughout 2020, i.e. just one year. Other officers were citing two or three years. Spreading 133 million between those three years, the average loss of life each year should have been quoted within 44 million brackets. Let me remind you that the total loss of human life statistics for all belligerent countries in World War II (including civilians) accounted for about 70 million people over six years of war.

Subsequently, according to the WHO projections loss of human lives, each year was estimated four times as much versus that of the Second World War.

Effective this March, many countries have been filing the numbers of victims to account for the pandemic death toll. This information is being gathered via multiple resources for analysis and comparison.

First, in some countries, they would compile the virus infection statistics using the term “got sick” as a synonym for the word “infected” to account for the Coronavirus cases. A positive test result would mean that a person was infected with COVID and therefore got sick. Sure enough, the indicator value is contingent on both the scale of infection of the population and the test numbers. This indicator is vulnerable to manipulation.

Second, the statistics on the deaths associated with COVID-19 infection reported the death cases by dozens of countries, by April. According to these calculations the mortality averaged within 0.2–0.3 percent; some territories would show the rates that were significantly higher than the average ones. For example, the urban population of Italy exhibited 1.00 percent. In European countries, the following countries reported higher average rates: the Netherlands — 0.67, Czech Republic — 0.59, and Germany — 0.36. However, Iran accounted for only 0.1 percent. Mortality rates were expected to rise in May and then in summer; nevertheless, the territory numbers never topped the projected totals and the 1 percent threshold remained out of reach nationwide. It was only in some urban communities that the figures would account for 1 percent.

However, the numbers cited have been hyped in terms of overstatement by two orders of magnitude as many honest doctors do believe the statistics are being sexed up. People would often die due to other causes while showing a positive test result shortly before their death. For the most part, they would die carrying the coronavirus while the coronavirus is not the cause of their death. At the end of April, American doctors Dan Erickson and Artien Massihi from Accelerated Urgent Care in Bakersfield, California, held a video conference. They discussed their coronavirus test results (10 thousand in total) and the fatalities. According to their calculations, the coronavirus-related mortality rate accounted for 0.03%. This value is level with traditional seasonal infections.

The post-WWII influenza epidemics proved more severe and WHO would not declare any “pandemic” whatsoever. With months passed, the projected mortality rate was not to be observed anywhere. The entire media continuum would be overpopulated with indicators showing the numbers of infected people measured in terms of millions in certain cases. Very much similar to mental and emotional stress according to the psychological warfare waged by Dr. Goebbels? Nevertheless, WHO would continue calling its global pandemic tune in summer and autumn!

The materials of the above-mentioned video conference arranged by medical professionals from California were disallowed by the American media and American IT giants who are controlling the Internet and social networks. The most severe censorship was implemented within the digital information continuum. The opinions and points of view running counter to the WHO position would be filtered off.

Therefore, I suggest breaking off the virtual world narrative follow-up created by WHO and take a sober look at what those things are. Table 1 includes the global mortality statistics by types of diseases and causes as made available via the Deathmeters (Mortality Counter) information resource

The coronavirus is by no means the main cause of human mortality according to the statistics for 2020. This year, coronary heart disease, acute respiratory infections, and chronic obstructive pulmonary disease accounted for 6.7, 4.8, and almost 2 times more people dying, than from coronavirus, respectively. I have not included in this table some other diseases exhibiting the mortality rates that are comparable to that of coronavirus. The following are the numbers for the same period of time capturing the deaths caused by Alzheimer’s disease and other types of dementia amounting to 1,760,000; by diabetes mellitus amounting to 1,412,000; by diarrhea amounting to 1,221,000; by tuberculosis amounting to 1,142,000; by liver cirrhosis amounting to 1,108,000; by kidney disease amounting to 1,042,000 people. Total deaths attributable to the liver, esophagus, and stomach cancer accounted for 2,108,000 people.

Now, we can see that the coronavirus is not the most terrible beast to feed on humans. There are very many physicians both in Russia and across the world taking notice of COVID-19 mortality rates in terms of comparability to mortality caused by annual seasonal infections associated with influenza and similar diseases. Way back in 2017, the Centers for Disease Control and Prevention of the United States and WHO would post approximately the same number of deaths caused by seasonal influenza in the world, i.e. 650,000 people a year. Mortality from COVID-19 will not be higher provided that we consider reliable statistics, rather than focusing on fake indicators. After all, in the past people would die from heart attacks, cirrhosis of the liver, and tuberculosis while being in a condition of flu infection; however, no one would think about writing down that the cause of death was “influenza”.

I believe that WHO also understands that COVID-19 does not measure up to a global threat which is called the “pandemic”. The point is that the officers from this organization are disallowed, to tell the truth. Even though WHO is identified as a specialized UN institution, they are maintained by Bill Gates, a private “philanthropist”. He is the guy who pays the piper and calls the tune entitled, ‘The COVID-19 Opera and Drama.’

Many a tale was told about WHO officers learning how to sell their ‘fakes and lies’ story; professional liars as they are, sometimes they do make their reservations according to Freud. In their blah-blah talk, they leak the truth.

For example, it did happen on 5 October during the WHO Executive Board Ad-Hoc Session meeting with 34 members in attendance. The head of the WHO Emergency Program Dr. Michael Ryan told the meeting that, according to the SME of their organization coronavirus had already infected close to 10% of the world population. He emphatically stated that the number was many times more than the actual number of officially recognized cases worldwide (about 35 million). According to Dr. Ryan, ‘the vast majority of the world was exposed to danger.’

Translating his words into absolute numbers will amount to 780 million COVID infection cases. Therefore, according to a WHO officer, the coronavirus infection estimates exceed 22.3 times the number of reported cases of infection with the virus!

Indeed, these people are professional liars!

The video footage from the WHO meeting was posted on the Internet and shared across social networks. The first comments were as follows, “May Day! COVID-19 is indeed a global threat to humanity!”

Let’s do the numbers now to benchmark the number of coronavirus infection cases against the number of deaths associated with COVID-19 diagnosis as stated by the WHO officer. At the time said WHO meeting showed that the number amounted to 1,061,539 cases. To that extent, the coronavirus mortality accounted for 0.14%, which is fully consistent with the seasonal influenza mortality rates including the estimates made by many experts. The number will be 24 times less than the terrible figure, which the WHO used to scare the world in March (3.4%).

P.S. Currently, the disclosure of the video footage materials from the WHO meeting of 5 October has been disallowed by the entities in control of the Internet and Social Networks, i.e. the major corporations in Information Technology from the Silicon Valley. This is another proof that not only WHO and the “Big Pharma”, but also the Silicon Mafia are involved in the Conspiracy against the Human Race code-named “COVID-19.”