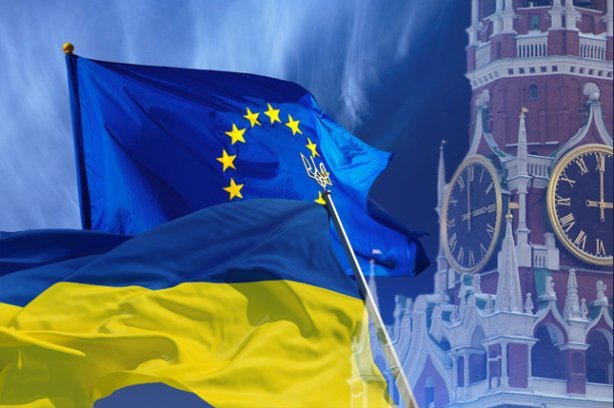 The issue of the trade and economic war between the West and Russia instigated by Washington has intensified in recent days. The United States is unable to conduct a trade and economic war against Russia by itself, since trade volumes between Russia and America are relatively modest. In 2013, US imports from Russia amounted to $11.2 billion, while exports from the US to Russia amounted to $16.5 billion. Accordingly, America’s share of Russian exports last year was 2.5 per cent, and its share of imports was 6.0 per cent. In 2013, the US ranked just 20th on the list of Russia’s trade partners.

But the share of countries in the European Union, made up of 28 countries, last year reached 50 per cent of Russia’s foreign trade turnover. In other words, Washington is unable to unleash an economic war against Russia without its European allies. Consequently, the main burden of the war, as always, will fall not on the New World, but the Old one. This is familiar to America. It is also familiar to Europe. To better understand how Russia’s trade partners in Europe might feel and behave in an economic war, we will use European, rather than Russian, statistics.

To begin with, we will give some general information on the EU’s involvement in international trade. In 2012, EU trade with the outside world amounted to €3,479 billion, of which €1,683 billion was on exports, and €1,796 on imports. Thus, the balance of the EU’s international trade registered a deficit equal to €113 billion. The EU’s most important partners were the US, China, Russia, Switzerland, and Norway. Traditionally, since the beginning of the 21st century at least, Europe has had a positive trade balance with the United States and Switzerland, and a negative trade balance with China, Russia and Norway. Imports from China include various industrial products, while imports from Russia and Norway are primarily energy products. In 2012, Russia’s share of EU exports equalled 7.3 per cent, while its share of imports was 12.0 per cent. For comparison: America’s share of EU exports in the same year amounted to 17.4 per cent, while its share of imports was 11.5 per cent. Russia’s share of imports and exports throughout the European Union is what is referred to as ‘the average temperature in hospital’. Figures vary widely for individual EU member countries. This is extremely important when it comes to assessing the possible repercussions of a trade and economic war, since some European countries may be unaware of the war already under way, whilst for others it could turn out to be a catastrophe – economically to begin with, then socially.

With that said, here are several tables compiled on the basis of official EU (Eurostat) and World Trade Organization (WTO) statistics for analysis.

The statistical data in Table 1 gives the list of countries in alphabetical order. The data in Table 1 can also be presented in the form of tables where the countries are arranged according to absolute (monetary) volumes of exports to Russia and imports from Russia. For a simpler understanding, these tables will only include the 12 largest importers and exporters. The 12 largest importer countries account for 84 per cent of all EU imports from Russia, while the 12 largest exporter countries account for 85.3 per cent of EU exports to Russia. Russia’s main European trading partners, importers and exporters of the European Union, are listed in Tables 2 and 3.

Four countries account for more than half of the total imports from Russia in 2013 – Germany, the Netherlands, Italy and Poland. Interestingly, these four countries are also the European Union’s main exporters to Russia (accounting for more than half of EU exports to Russia). It is possible to suppose that it is these four countries that have been subjected to, and will continue to be subjected to, the most intense pressure from Washington regarding the introduction of European sanctions against Russia.

There are some countries whose share of EU trade with Russia is extremely small. These are not just out-of-the-way countries like Luxembourg, whose share is simply microscopic. Some relatively large EU countries also have low levels of trade with Russia. Portugal’s share of EU country imports from Russia in 2013 amounted to 0.5 per cent, while its share of exports was 0.2 per cent. One would think that the issue of economic sanctions against Russia is not that important for those European countries whose share of EU trade with Russia is relatively insignificant. But that is not the case, however. Even though the share of some countries in EU trade with Russia is extremely small, sanctions could still have a boomerang effect on these countries. This refers to small EU countries for whom Russia is one of the main trading partners, and primarily includes the Baltic states and certain countries that were once part of the socialist camp. EU member countries are finding themselves in very different positions in the trade war, and a strongly-marked asymmetry is emerging within the European Union: the blow to Russia needs to come from its main trading partners (Germany, the Netherlands, Italy and Poland), while other EU member countries will suffer the greatest damage if Russia retaliates. There will be more on this later.